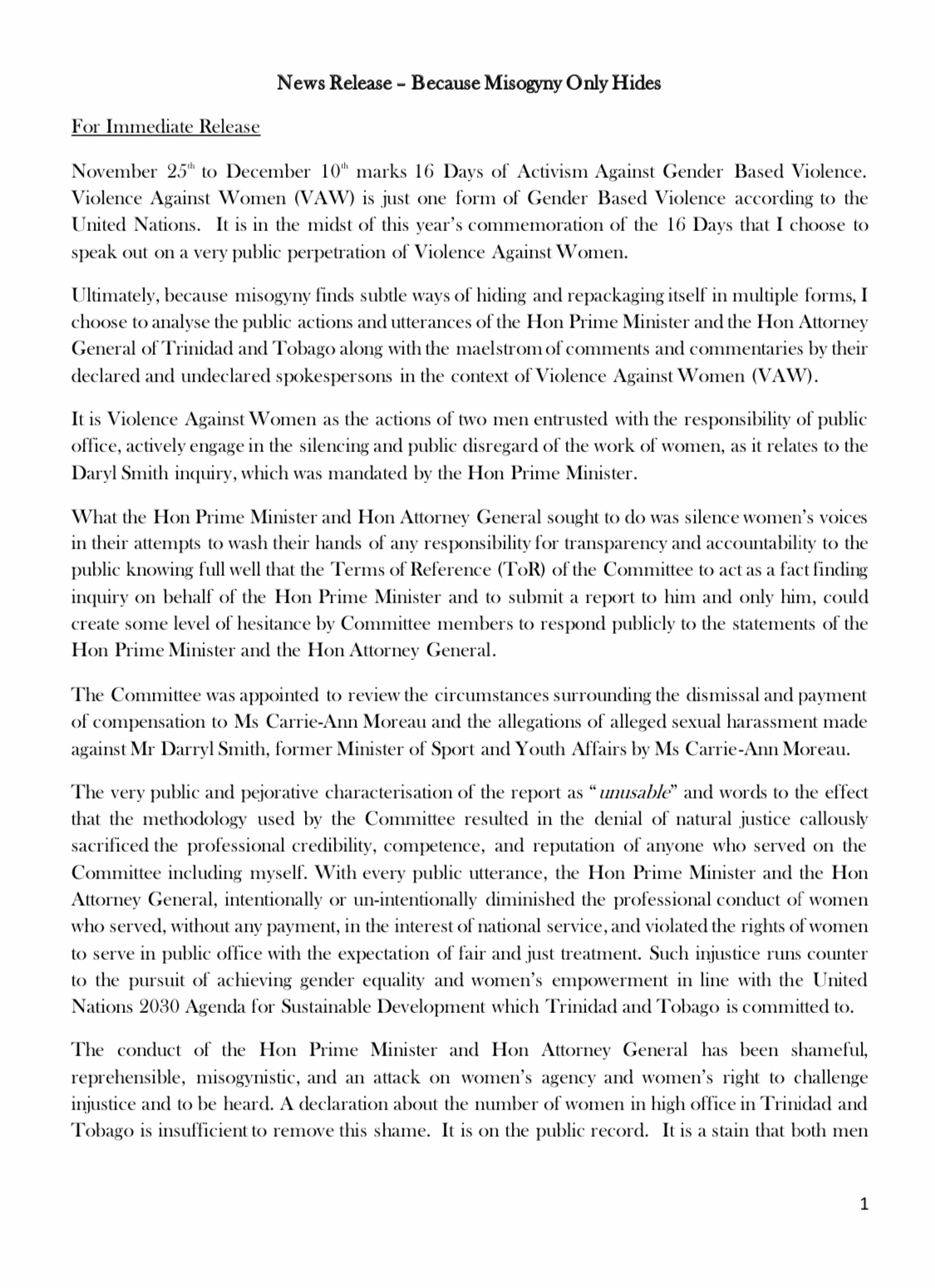 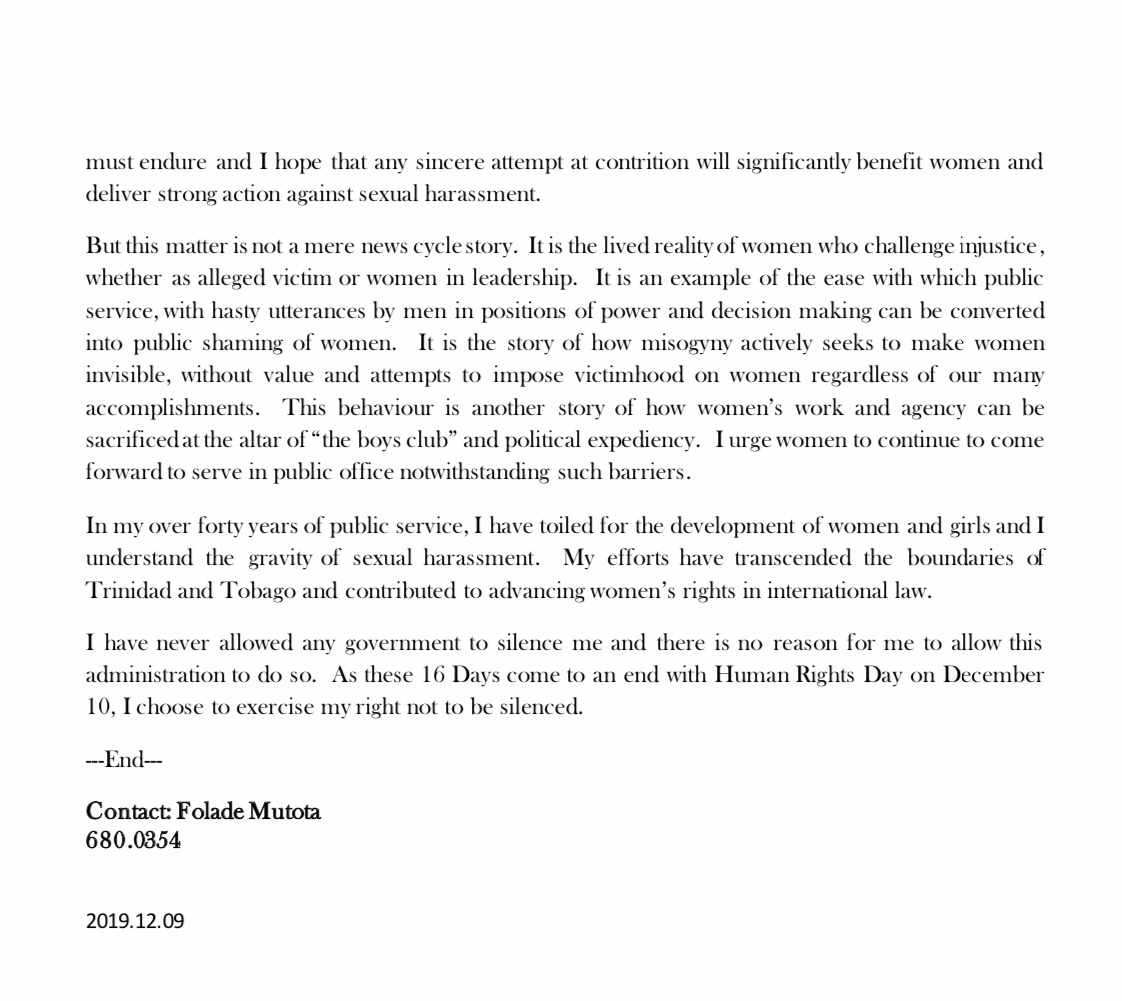 Folade Mutota has released a damming assessment of the conduct and actions of the Prime Minister and Attorney General in the wake of their calling the Daryl Smith report ‘unusable’. In a no holds barred release today she described the actions in relation to a form of abuse.

Here is an excerpt from the release:

Ultimately, because misogyny finds subtle ways of hiding and repackaging itself in multiple forms, I choose to analyse the public actions and utterances of the Hon Prime Minister and the Hon Attorney General of Trinidad and Tobago along with the maelstrom of comments and commentaries by their declared and undeclared spokespersons in the context of Violence Against Women (VAW).

The conduct of the Hon Prime Minister and Hon Attorney General has been shameful, reprehensible, misogynistic, and an attack on women’s agency and women’s right to challenge injustice and to be heard. A declaration about the number of women in high office in Trinidad and Tobago is insufficient to remove this shame. It is on the public record. It is a stain that both men ust endure and I hope that any sincere attempt at contrition will significantly benefit women and deliver strong action against sexual harassment.
Butthismatterisnotamerenewscyclestory. Itisthelivedrealityofwomenwhochallengeinjustice, whether as alleged victim or women in leadership. It is an example of the ease with which public service, with hasty utterances by men in positions of power and decision making can be converted into public shaming of women. It is the story of how misogyny actively seeks to make women invisible, without value and attempts to impose victimhood on women regardless of our many accomplishments. This behaviour is another story of how women’s work and agency can be sacrificedatthealtarof“theboysclub”andpoliticalexpediency. Iurgewomentocontinuetocome forward to serve in public office notwithstanding such barriers.
In my over forty years of public service, I have toiled for the development of women and girls and I understand the gravity of sexual harassment. My efforts have transcended the boundaries of Trinidad and Tobago and contributed to advancing women’s rights in international law.
I have never allowed any government to silence me and there is no reason for me to allow this Administration to do so.