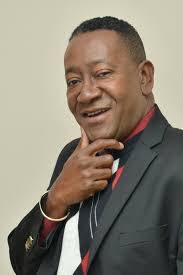 The lack of Opposition support will have no bearing on the process for the appointment of nominees for the Police Service Commission or the ability for them to do their job.

Speaking with Power 102 Digital, Mr George explained that regardless of the Opposition’s stance on the matter, the reality is that all that is needed is Government support via a Parliamentary majority.

He added that unless tangible concerns are unearthed, the Opposition has no real say in the matter.

Mr George noted that Opposition leader, Kamla Persad-Bissessar failed to reply to the President’s invitation to obtain her views on the appointments.

He explained that consultation by the President, in any event, does not necessarily mean the Opposition’s concerns will be taken on board.

Questioned as to whether the process should be altered to allow for true Opposition input, Mr George said any changes will only serve to complicate the process.