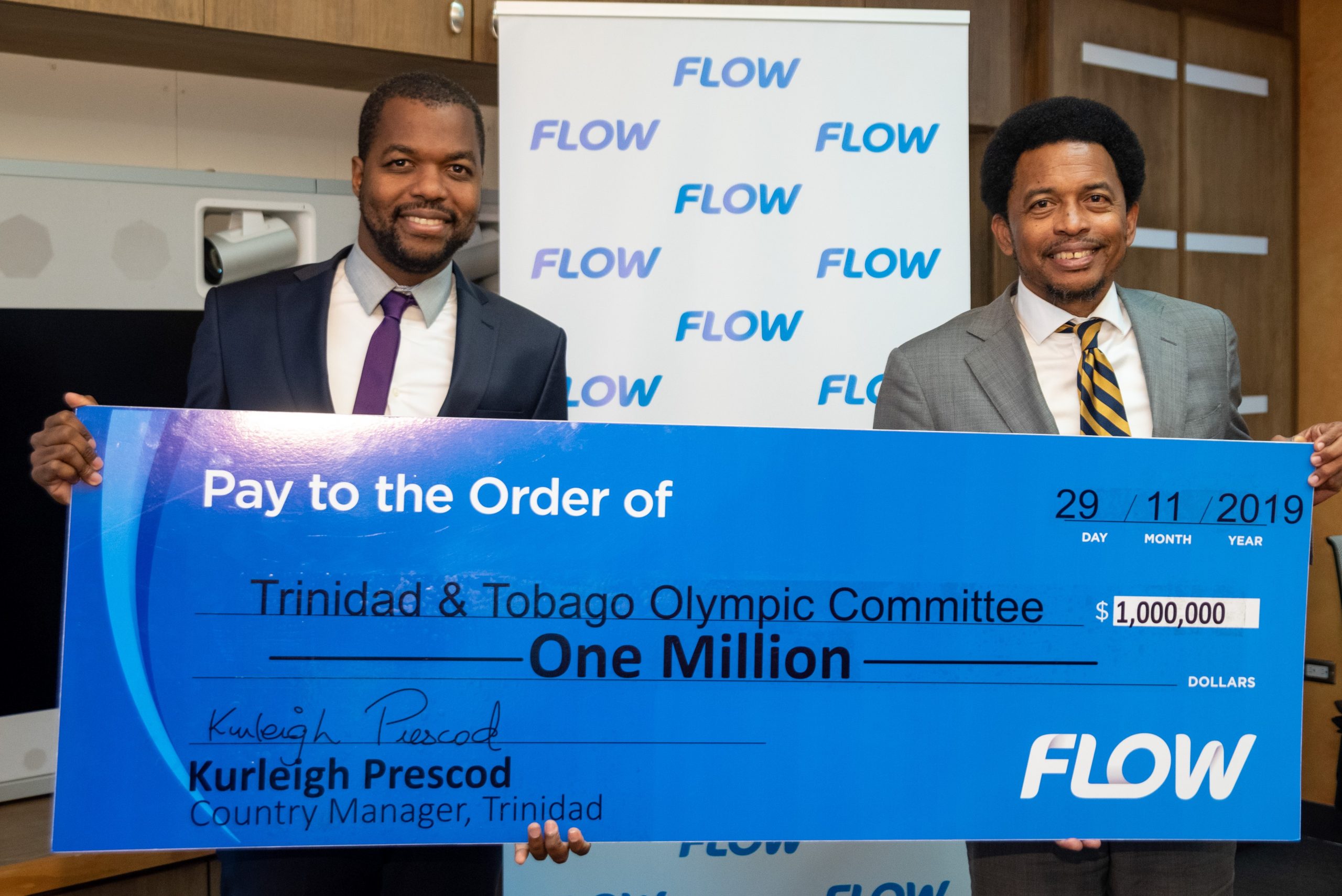 The Trinidad and Tobago Olympic Committee (TTOC) continues its mission for 10 gold medals by the 2024 Olympics with support from Flow.
The telecommunications provider, who has been supporting this mission since 2015, demonstrated its dedication for another year to national athletes by presenting TT$1M to the TTOC. The handing over ceremony recently took place at Flow’s Operation Centre, Trincity where Kurleigh Prescod, country manager for Flow Trinidad presented the cheque to TTOC president Brian Lewis. 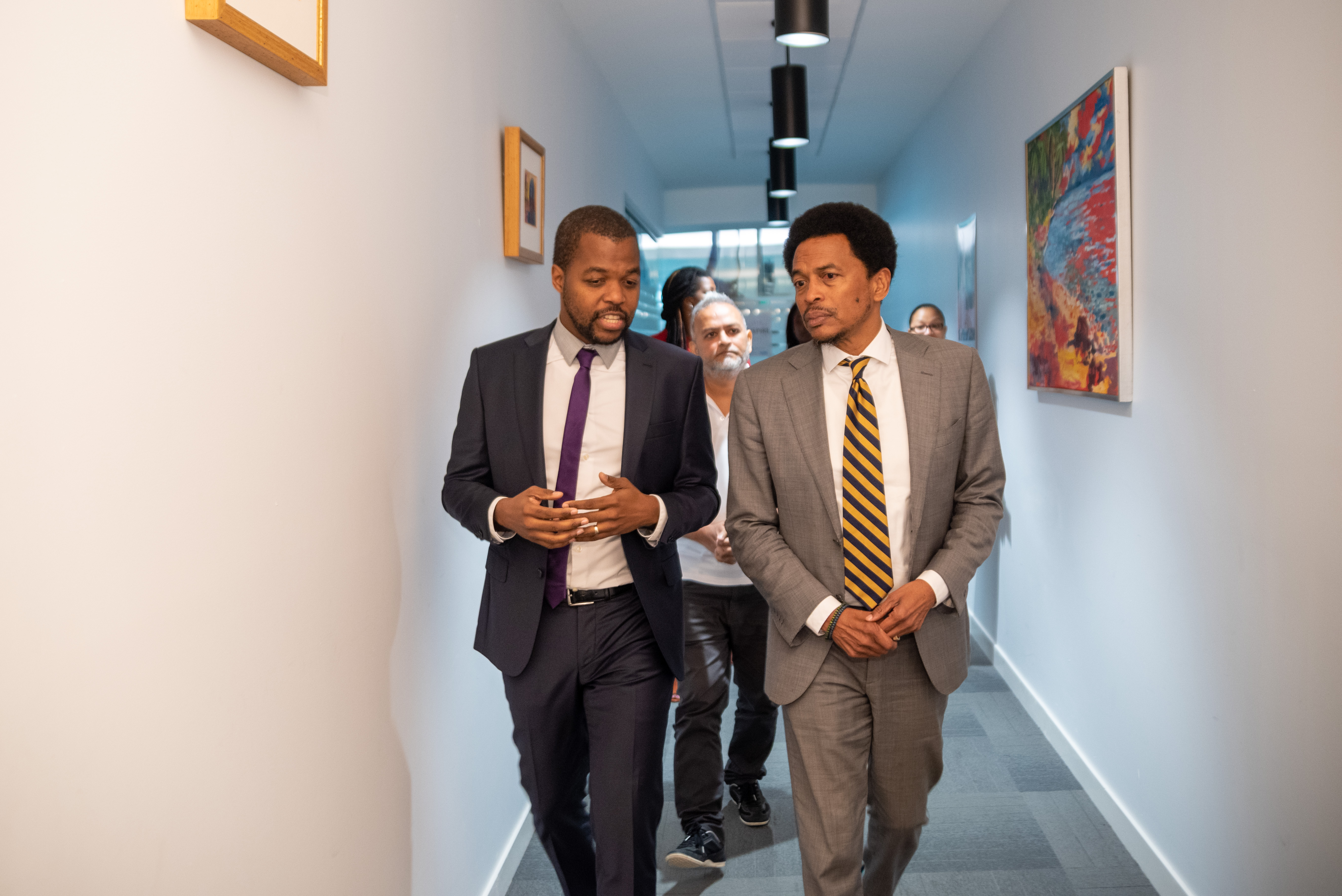 “The fact that the TTOC has a goal, it speaks of a willingness or intention to put programmes in place and find the talent. I hope the talent get the attention and support that they need over a period of time to excel,” said Prescod, following the presentation. “We look forward to being part of bringing this very ambitious goal to reality.”
Lewis, in response, said he was grateful for Flow’s support. “We are glad to have an Olympic partner who shares the vision and understands what is required,” he said.
Speaking about predictions for the Tokyo Olympics next year, Lewis said he is hopeful. But, he said, the icing on the cake thus far was the news that for the first time in TTOC’s history a member has been appointed chêf de mission for the T&T contingent.
Flow is the exclusive TTOC partner in the telecommunications category. The partnership not only supports the TTOC in its athletic development programmes, but provides administrative backing through cable, internet and telephone services.

Is God a Trini? Trinidad records one new COVID-19 case 0