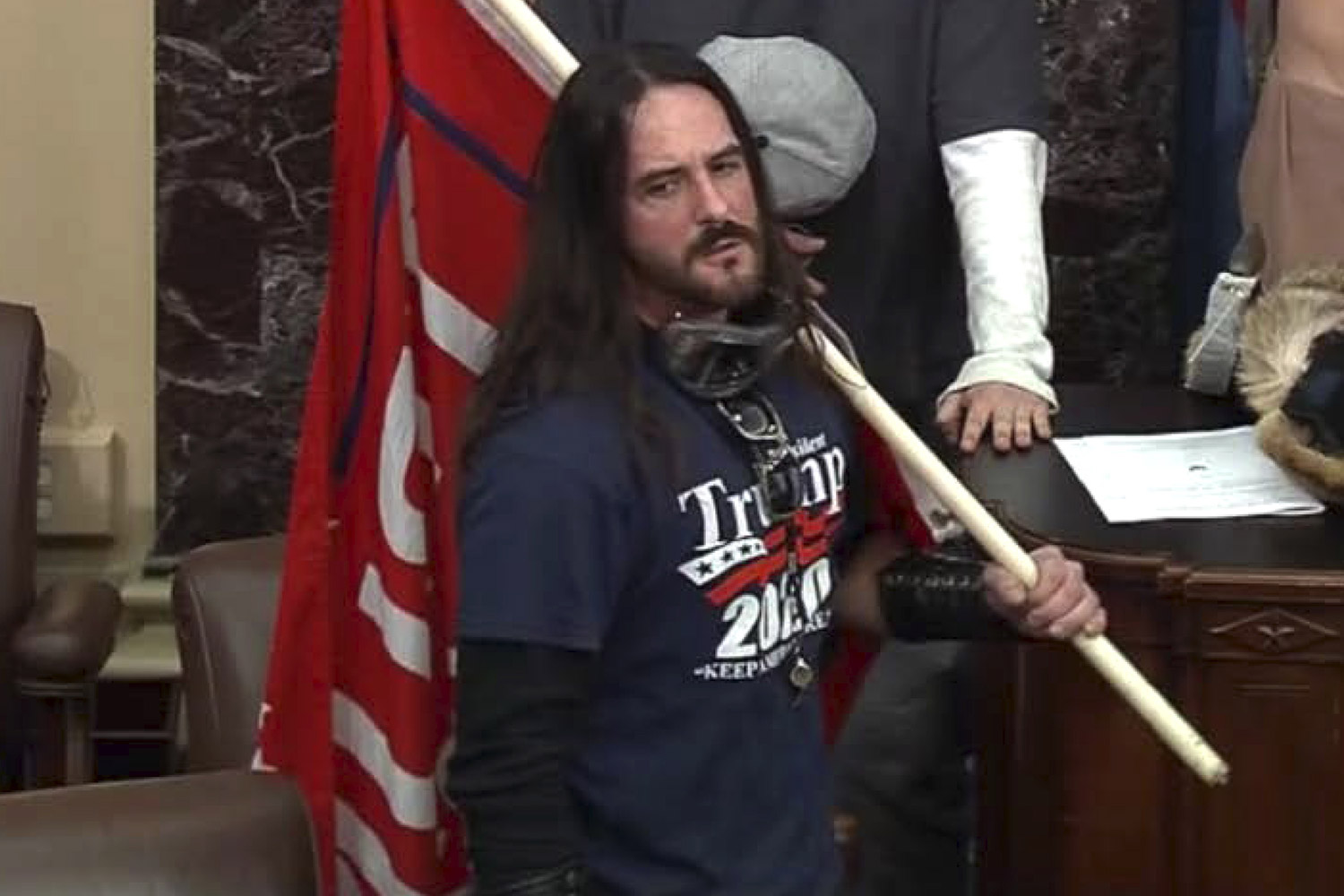 A Florida man has become the first to be sentenced to prison for his part in the US Capitol riots on 6 January.

Paul Allard Hodgkins pleaded guilty in June to one felony count of entering the Capitol to obstruct Congress. He was jailed for eight months.

Prosecutors had asked for a term of 18 months, saying Hodgkins “contributed to the collective threat to democracy”.

The sentence is expected to set a benchmark for hundreds of upcoming cases from the Capitol riots.

Hodgkins, 38, told a Washington DC court that taking part in the invasion of the Capitol had been a “foolish decision”.

He said he regretted “the damage that day’s incident caused and the way this country that I love has been hurt”.

The crane operator from Tampa, was among an estimated 800 people who breached the Capitol on 6 January.

The FBI has so far arrested more than 535 people for criminal activity on the day of the siege.

Video footage shows Hodgkins inside the Senate chamber, wearing a Trump 2020 t-shirt, with a pair of goggles around his neck and a Trump flag slung over his shoulder.

Court documents include a selfie taken by Hodgkins inside the Senate. One of the most prominent participants in the riots, the so-called QAnon Shaman, can be seen in the background.

Prosecutors noted that Hodgkins did not personally engage in violence or destroy property.

A lawyer for Hodgkins had asked for judge for leniency, saying any sentence given “will pale in comparison” to the lifelong shame he will carry.

Anna Morgan-Lloyd, a 49-year-old woman from Indiana, received three years of probation and no jail time after pleading guilty in June to a disorderly conduct charge, a misdemeanour.

Ms Morgan-Lloyd, who was inside the Capitol for around 10 minutes and did not engage in violence, apologised for taking part.