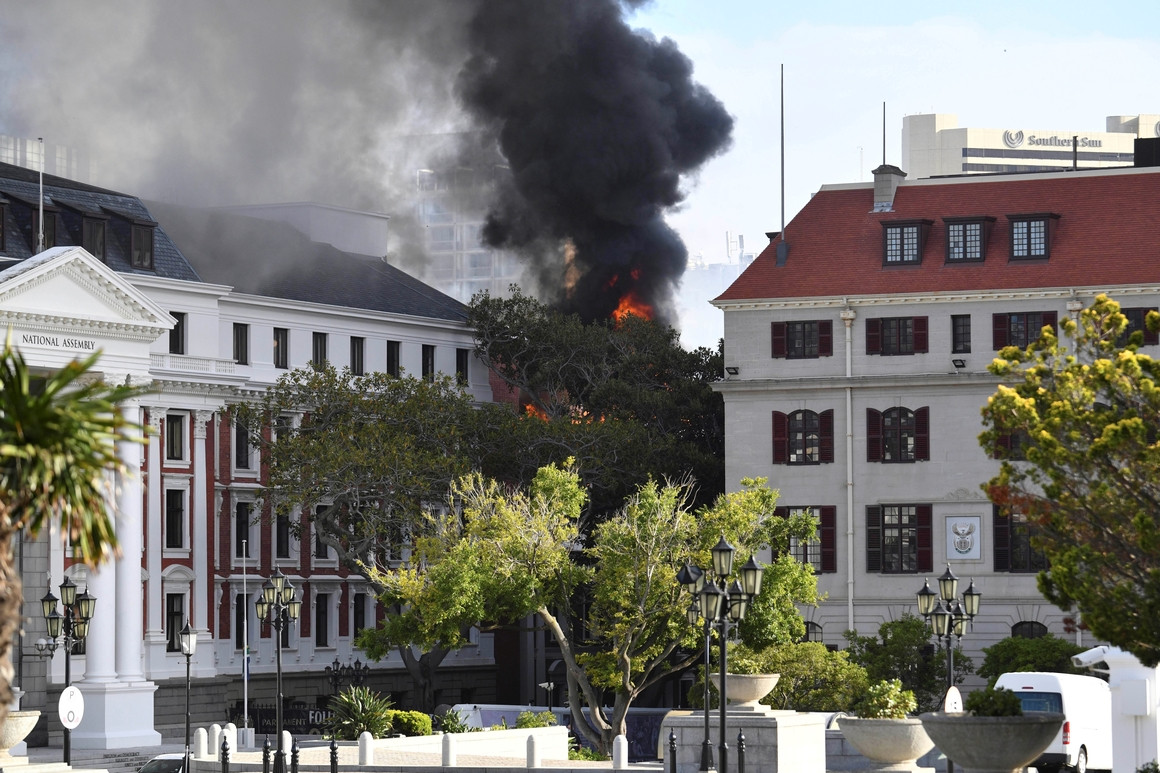 A large fire has severely damaged the Houses of Parliament in the South African city of Cape Town.

Video footage showed a plume of black smoke filling the sky, with huge flames coming out from the roof of the building.

President Cyril Ramaphosa visited the scene and called it a “terrible and devastating event”.

A man was being held and questioned by the authorities, he said.

The building’s sprinkler system had not functioned properly, he added.

Mr Ramaphosa said news of the fire was a “terrible setback to what we were basking in yesterday” and added that Archbishop Tutu would also have been devastated.

He praised firefighters, who he said had responded to the fire in six minutes. Without their intervention the National Assembly would have been reduced to “ashes”, he said.

Jean-Pierre Smith, a member of the Cape Town mayoral committee for safety and security, told reporters that the roof above the old assembly hall was “completely gone” and further damage inside the old chamber had not yet been evaluated.

“It is not possible to see whether it’s damaged. We hope it is not because it has so many historical artefacts, but you can’t gain access to it without breaking the doors down and we don’t want to do that,” he said.

He also said that parliament’s fire alarm only rang when firefighters were already on site.

Officials said the fire started on the third floor offices and quickly spread to the National Assembly (the parliament’s lower house) chamber, reports the BBC’s Nomsa Maseko in Cape Town.

No injuries have been reported and there’s no indication of what may have started it, our correspondent adds.

Fire and rescue service officials said it could take several more hours to put the fire out completely because of the carpets and wooden floors in the building.

The damage from the fire can be seen in these images made available by the city of Cape Town: