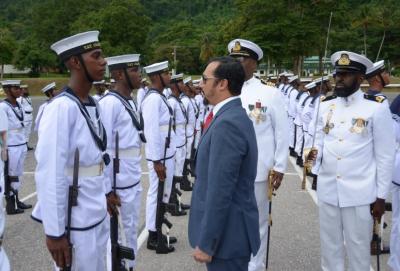 Minister of National Security, Stuart Young pointed out today during The Senate, that there are two ongoing investigations following reports of a recent audit conducted by Trinidad and Tobago Coast Guard in which financial irregularities were discovered.

Minister Young gave the update as he responded to a question by the Opposition in the Senate on the matter.

Minister Young was asked by Opposition Senator, Wade Mark, what action will be taken to recover the monies.

Minister Young revealed that as soon as the Coast Guard discovered the development the matter was passed on the Fraud Squad of the Police Service.

Firearms expert : AR 15 Rifle is not a weapon you want on your streets 0

Married couple and friend in court for attempted murder 0