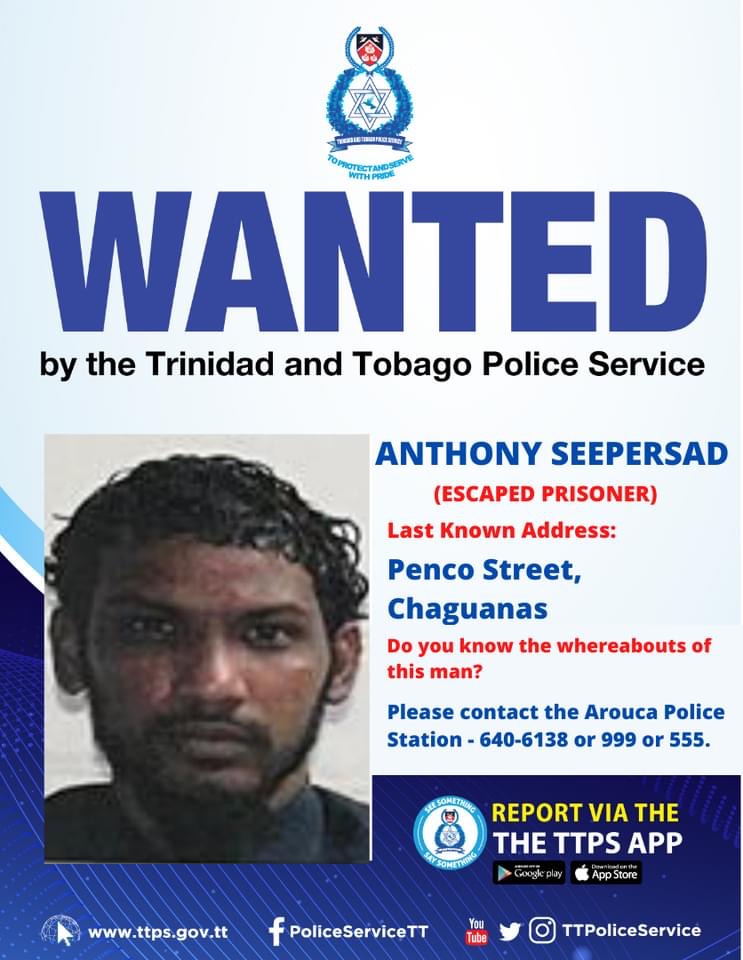 The fifth escapee has been recaptured.

In a release issue this afternoon by The Trinidad and Tobago Prison Service, Anthony Seepersad, who along with four other inmates escaped from the Golden Grove Prison on Sunday March 19, 2022, was recaptured on Wednesday March 23, 2022, at around 11.10 am on Morne Coco Road, St. James.

He was taken to the Maraval Police Station and later conveyed to the Arouca Police Station. He is now facing an additional charge of ‘Escaping Lawful Custody’.

Commissioner Ramoutar stated that the commitment and enthusiasm displayed during the exercise was commendable, and the results of this uniformed and multi agency approach have proven most effective. This approach will continue to be utilized as we seek to uphold mandates of public safety and national security.