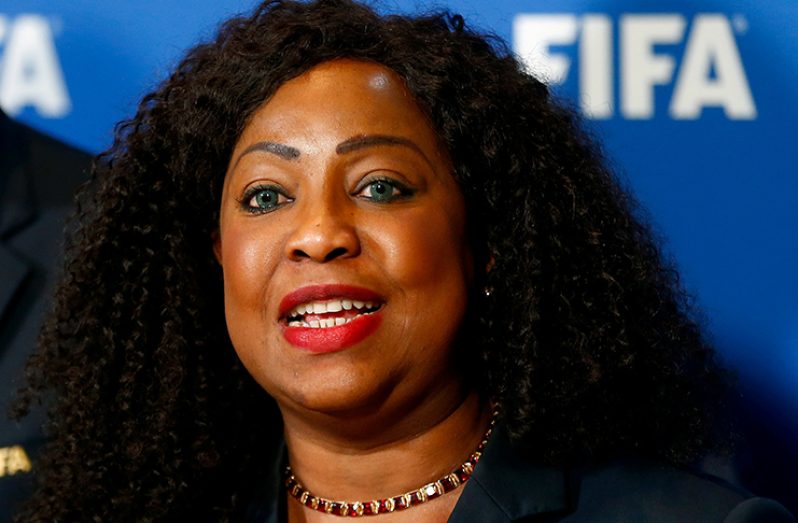 This was declared yesterday by FIFA general secretary Fatma Samoura, who announced that Trinidad and Tobago will also soon be barred from participating in international competitions unless the conditions set by FIFA, for lifting an international suspension from football, are met.

Samoura also stated that all FIFA funding, which allows TTFA administrative staff and national coaches to be paid, has officially ceased.

This comes on the heels of a September 24 decision by FIFA’s Bureau of the Council to suspend the TTFA due to grave violations of the FIFA Statutes.

“As a result of the suspension of the TTFA’s membership of FIFA, the normalisation committee which was appointed by FIFA has necessarily ceased all operational and management functions over the TTFA,” Samoura informed via email, yesterday.

“However, we want to highlight that the only legitimate leadership of the TTFA, recognised by FIFA and CONCACAF, is the one led by Mr. Robert Hadad. Having said this any communication from FIFA with TTFA will continue to be exclusively being with Mr Robert Hadad.”

Samoura added that unless the TTFA moves swiftly to have the suspension removed there be no 2020 CONCACAF Gold Cup or Qatar 2022 FIFA World Cup qualifiers for Trinidad and Tobago.

“FIFA has decided that, in order to ensure the proper preparation and planning of the participant teams, if the suspension imposed on the TTFA is not lifted by 18:00 CET on 18 December 2020, we have no choice but to exclude the TTFA from participating in the CONCACAF World Cup Qualifiers,” Samoura informed through communication with local normalisation committee chairman Robert Hadad.

In suspending T&T from international football on September 24, FIFA, and subsequently regional body CONCACAF, left the door open for T&T to participate in the two important competitions, providing two conditions were met.

“This suspension will only be lifted when the TTFA fully complies with its obligations as a member of FIFA, including recognising the legitimacy of the appointed normalisation committee and bringing its own statutes into line with the FIFA Statutes,” the world body stated.

Samoura reinforced that participation in the Qatar 2022 World Cup campaign is at risk as well.

“By way of this communication, we inform you that FIFA World Cup Qatar 2022 World Cup Qualifiers for the CONCACAF region (hereinafter: CONCACAF World Cup Qualifiers) are scheduled to begin in March 2021. The organisation of such competition entails complex logistical and operational matters intensified by the Covid-19 crisis,” Samoura noted.

Samoura’s notice comes mere days before the local High Court rules on a claim brought in which United TTFA president Wallace and his vice-presidents are challenging their removal from office by FIFA and replacing them with its own normalisation committee, chaired by Hadad.

FIFA subsequently suspended T&T from football on September 24, a day after United TTFA were late in meeting a FIFA deadline to withdraw the matter from the T&T High Court. Bowing to a vote by the majority of TTFA members, Wallace and United TTFA initially opted to remove the matter from the court on September 23, but effectively returned to court a day later, when withdrawing its earlier withdrawal notice.

There are now concerns that TT football could face expulsion if this matter continues.