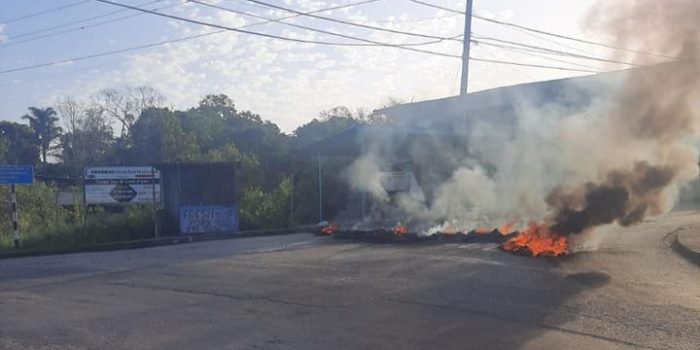 Video footage reaching our newsroom appears to show a road blocked with heaps of burning tires with flames almost 12-15 feet high and black smoke billowing onto the air.

One resident in the video is heard addressing claims by Works Minister Rohan Sinanan that although he understands citizens’ frustration, there is simply not enough money to repair all the nation’s roads.

In an ironic twist, the villager is also heard complaining, that in the event of a fire, fire trucks cannot come to put out the fire.