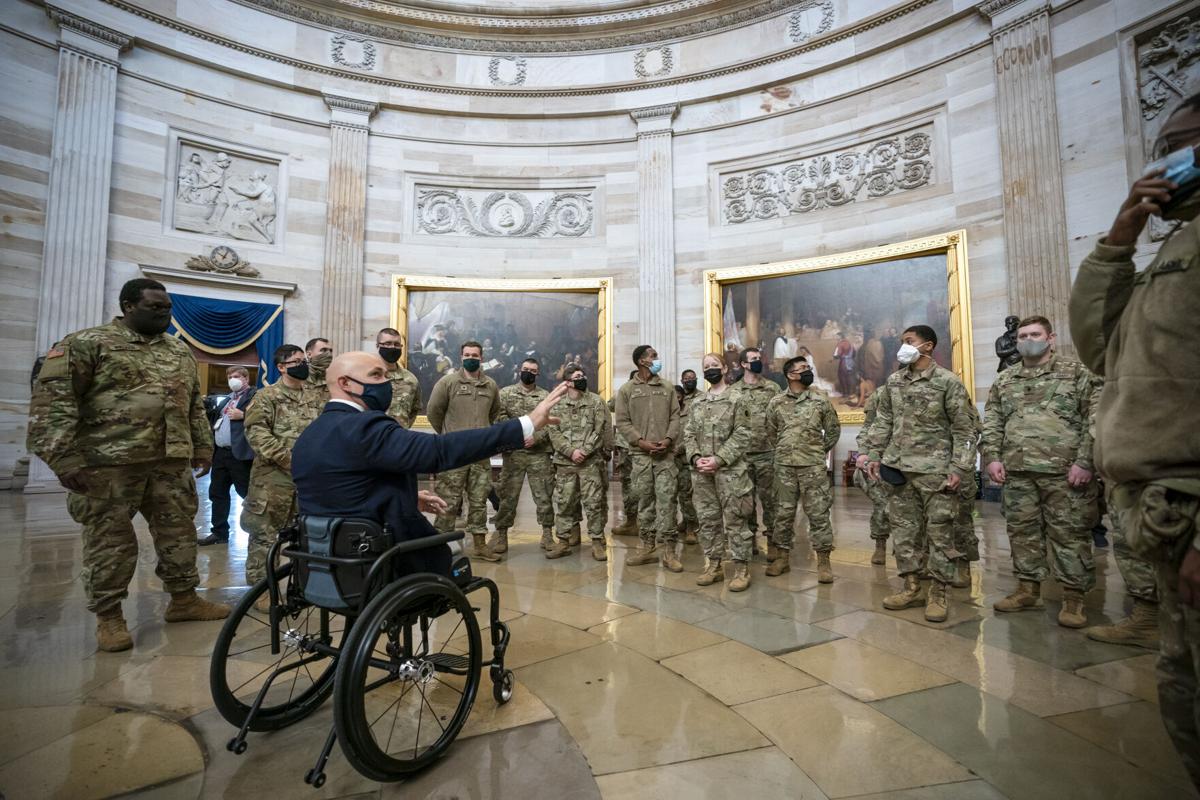 As the US capital of Washington DC, prepares for the inauguration of the president-elect Joe Biden this Wednesday, to ensure the safety of the change of command, some 25,000 National Guard officers will be deployed in the district, which is shielded from the possibility of new protests by supporters of President Donald Trump.

The troops are controlled by the FBI, which seeks to prevent an eventual attack from infiltrators within the forces themselves.

The climate of tension in the United States reached its highest point on January 6th, when protesters with clubs, weapons and flags of the Republican Party stormed the Capitol with the intention of stopping the vote count that, hours later, ratified to Biden as the next president of the country.

The incidents not only ended with five dead and dozens arrested, but generated great concern days after the inauguration of the Democrat. In fact, this week the Department of Justice warned of the existence of new calls for protests in front of the legislatures of the 50 states and the capital for Wednesday.

In this context, the city of Washington, where the ceremony will take place, reinforced its security and plans to deploy 25,000 members of the National Guard to ensure the security of the change of command, which Trump has already reported that he will not attend.

Faced with the possibility of an internal attack or other threat from the troops that will participate in the operation in the heart of the United States, the FBI investigates each of the agents during these hours, who will be responsible for protecting the new president and other personalities present on the day of the inauguration.

In dialogue with the agency AP, the Secretary of the Army, Ryan McCarthy, said Sunday that authorities are aware of possible threats, so commanders will be alert to any problems within their ranks as the change of command approaches. However, to date, he and other senior officials assured that they have detected no hint of wrongdoing.

“We are continually reviewing the process, and taking a second and third look at each of the individuals assigned to this operation, ”McCarthy said in an interview after he and other military leaders conducted a comprehensive three-hour security exercise in preparation for Wednesday’s presidential inauguration. . He said members of the Guard are also being trained to identify possible insider threats.

2 members of National Security shoot and kill each other 0