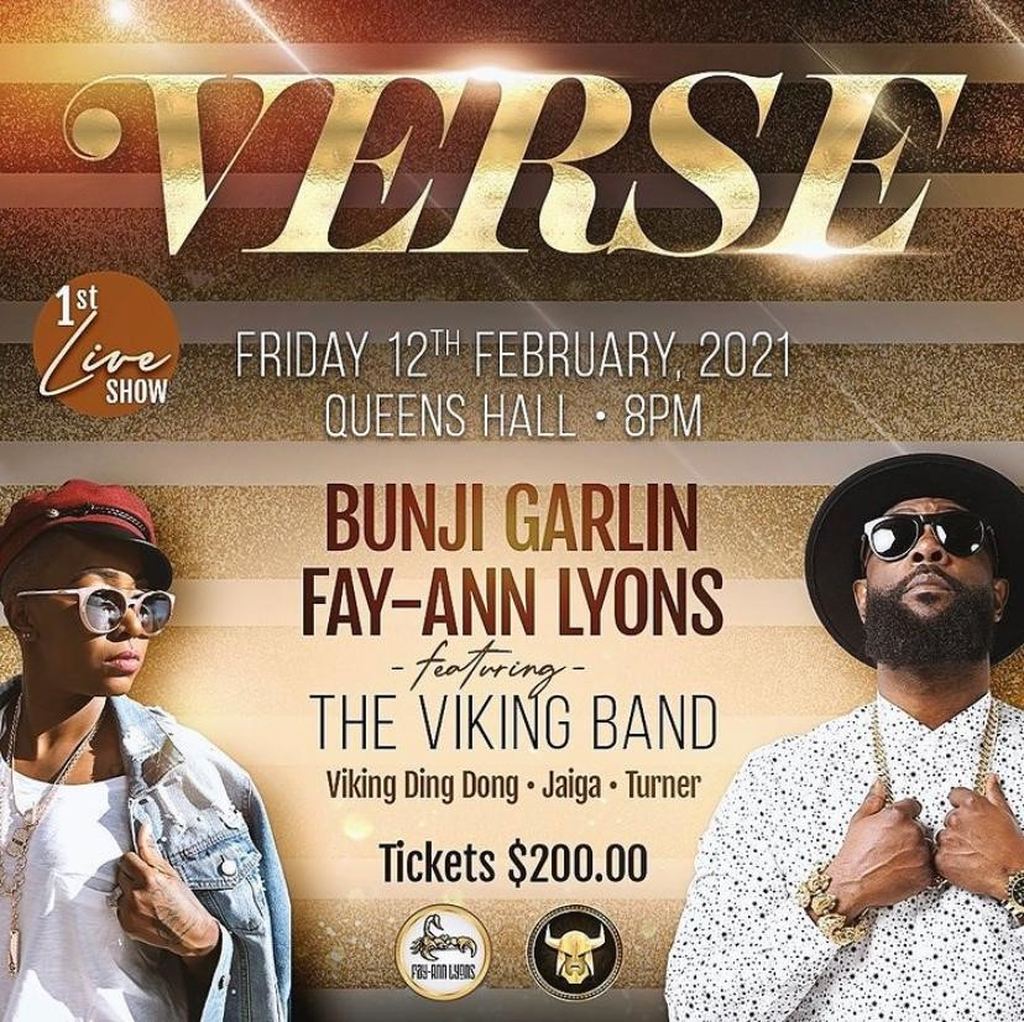 Fayann and Bunji ready and excited for their first VERSE concert

The ViKing and ViQueen of Soca are known for their lyirical artistry, and come Friday, 12th February, Bunji Garlin and Fayann Lyons-Alvarez will be showcasing that and a whole lot more, when they stage their first ever concert locally….aptly titled VERSE.

Izzso media caught up with the very busy Lyons-Alvarez, who schooled us on the fact that they have done events of this nature, before, “the concert type I mean, just not in Trinidad.”

She said “We’ve done major concerts here though like the Keisha Cole and T’pain, the Neyo, some from years ago etc. The only difference is we are doing this one ourselves.”

Lyons-Alvarez said the concert title was created by herself and hubby.

And of course the title is well suited, as Bunji is known for mastering the art of extempo and dropping freestyle verses to any rhythm given to him.

Lyons-Alvarez said that for this concert, fans can expect a lot of fun,  good vibes, energy and entertainment.

Performing alongside the powerhouse duo, will be Ding Dong, Turner and Jaiga and she said “we may have some others.”

With Covid19 being the catalyst for many virtual events this year, Lyons-Alvarez said Verse is unlikely to be a one time offering, as she thinks that the event itself will be a great addition to the annual Carnival calendar.

In terms of productions post “Carnival” Lyons-Alvarez said they definitely will be looking into developing events. “We have a comedy show and Dj event among others that we’ve started on Chrending and that’s been well received, so more events are likely.”