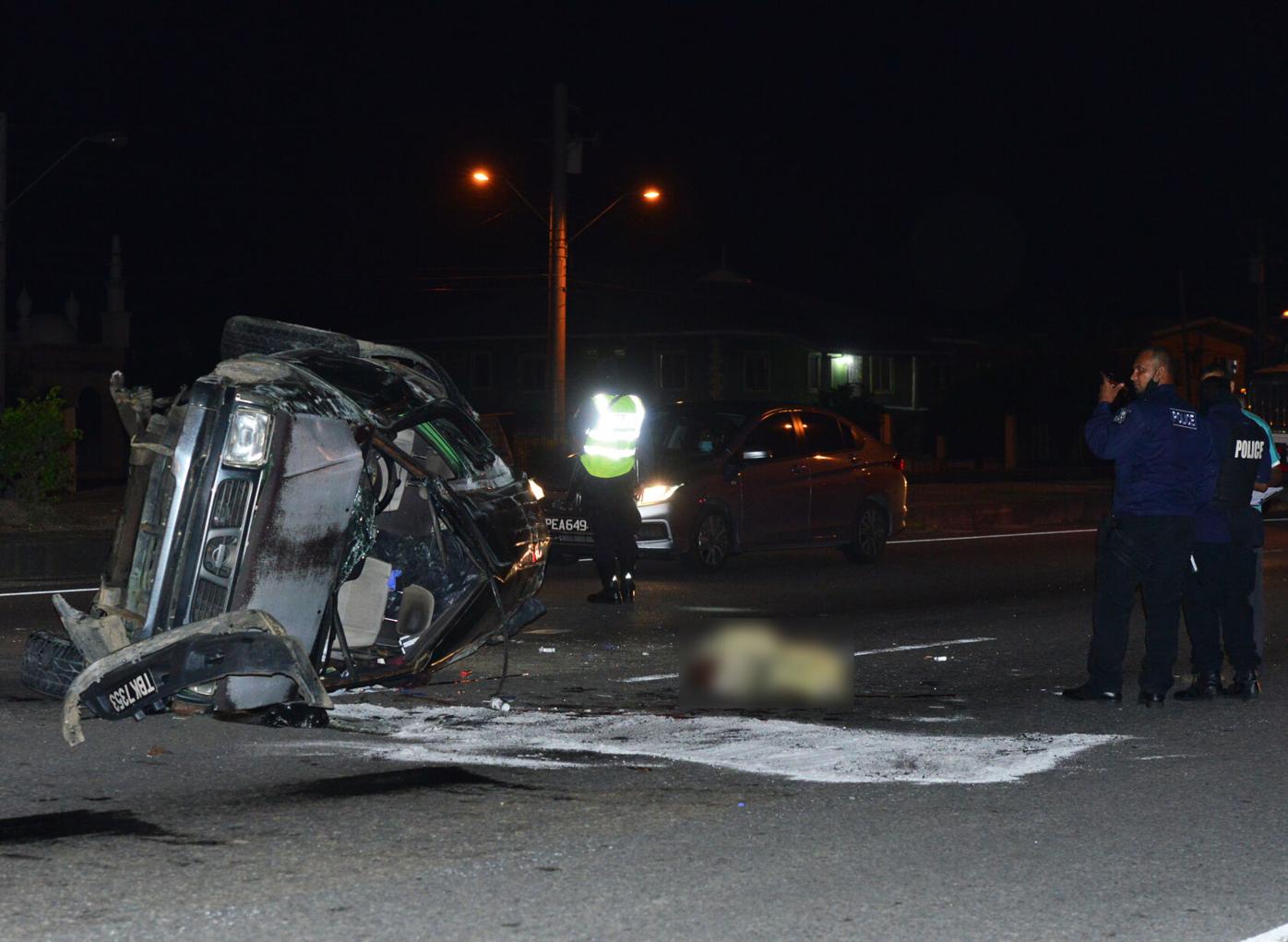 Fatal accident in Charlieville; pedestrian and motorist killed, 2 others wounded

A daring run across the Solomon Hochoy Highway on Tuesday night has resulted in the death of a pedestrian, said to be a Venezuelan man and the motorist who tried to avoid hitting him.

Just before 7 p.m., a motorist identified as Aftab Brian Ali, was driving his Nissan Frontier along the northbound lane of the Uriah Butler Highway, between the John Peter walkover in Charlieville, when the pedestrian attempted to run across the roadway.

Reports state that Ali swerved his vehicle to avoid hitting the man, but he still made contact.

Ali, according to an eyewitness, then lost control of his vehicle, which flipped several times before landing on the southbound lane.
The driver’s body became lodged in the front windscreen of his vehicle.

Both men died at the scene.

Two occupants of Ali’s Frontier were injured and taken to hospital.

Ali hailed from Toco Main Road, Toco and was 29-year-old.

Man Pens His Own Obituary Before His Death 0