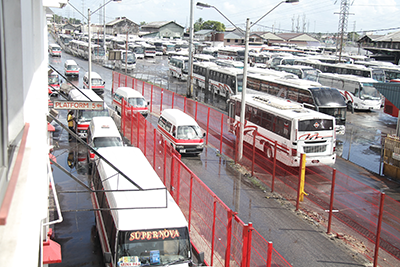 Head of the Route Two Maxi Taxi Association, Linus Phillip, says while the Port of Spain to Arima fares have increased by two dollars the in between fares have only increased by one dollar and short drops have remained the same.

He gave the clarification while speaking today with Power 102 Digital’s Power Breakfast Show.

Mr Phillip defended the rate increase which was implemented as of today.

He said the twenty to twenty-five percent price increase should be looked at in the context of an increase in the price of oil, brakes and multiple parts which are affected by frequent wear and tear which has increased in some cases by thirty-three percent.

Addressing concerns over the impact of the increase on families with children, he said unfortunately, it is not feasible for concessions to be made for school children travelling with maxis.

Teyana Taylor stops performance as fan fainted during the concert 0