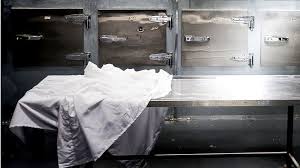 The family of a retiree killed by Covid-19 invaded the morgue of a hospital in Argentina and took the body after learning that the body would be cremated because of the disease.

Ramon Juarez’s family will now face a criminal investigation into the kidnapping of the body, which took place in the city of Tartagal.

The images recorded in front of the hospital show a group of about 20 people, which included children, nephews and neighbours of the 69-year-old man, running out of the morgue with his body in a kind of pouch.

The body was placed in the body of a truck, while amazed spectators followed the “rescue”. There is still no information on the corpse’s whereabouts.

In an interview with a local TV station, Daniela, Ramon’s daughter, told reporters that her father had died after a heart attack, and not due to the new coronavirus, as the hospital reports.

“They just wanted to give me five minutes with him before they burned him like a dog,” said the woman. She confessed that they made the decision on Sunday (11), two days after Ramon’s death.

The hospital director, responsible for the registered complaint, reported that the patient was admitted to the hospital with heart problems, but that he had respiratory problems compatible with those of Covid-19.

“I totally understand the pain that the family is feeling because I lost friends in this pandemic. But that is exactly why the protocols need to be stricter than ever,” he concluded.

PM responds to Moonilal; said he will receive vaccine in October 0