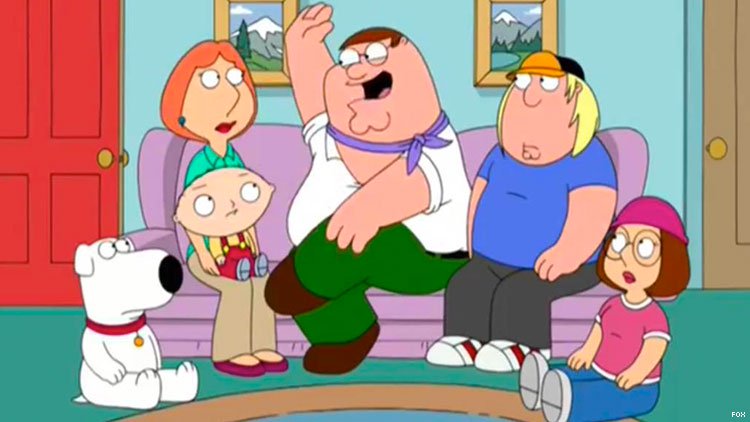 The show’s latest episode made reference to its apparent commitment to move away from the subject matter.

The latest episode of Family Guy has seen the show address its previous commitment to “phasing out” jokes about the LGBTQ community.

Earlier this year, executive producers Rich Appel and Alec Sulkin expanded on a Peter Griffin line in the episode ‘Trump Guy’, where the character said “we’ve been trying to phase out the gay stuff” which was seemingly spoken on behalf of the show.

“If you look at a show from 2005 or 2006 and put it side by side with a show from 2018 or 2019, they’re going to have a few differences,” Sulkin told TVLine about that line. “Some of the things we felt comfortable saying and joking about back then, we now understand is not acceptable.”

Peter, the role model we didn't know we needed. pic.twitter.com/eqRtEH9hk9

The latest episode of the animated sitcom, ‘Disney’s The Reboot’, aired in the US on Sunday 20th October and appeared to reference both ‘Trump Guy’ and the subsequent interview.

Loading...
Newer Post
Public Sector to get programme to increase productivity levels
Older Post
Black high school guard fired for telling student not to call him N-word got his job back

From 6 This Evening Tobago Emergency Operations Center Will Be Activated. 0