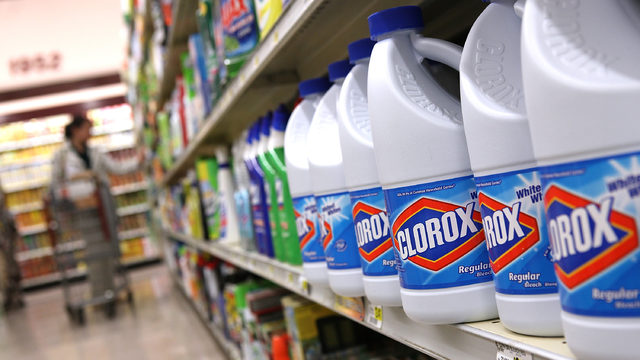 A Florida family is facing federal charges for selling thousands of bottles of bleach that were marketed as a cure for coronavirus.

Mark Grenon and his sons, Jonathan, Joseph, and Jordan Grenon were each indicted with one count of conspiracy to commit fraud and two counts of criminal contempt. Prosecutors also said the family threatened a federal judge that presided over a civil court case from last year threatening to instigate another “Waco,” referring to the 1993 siege in Texas that left 76 people dead.

The Food and Drug Administration has advised that bleach is not a cure for COVID-19 and should not be ingested.

The father and son team marketed the sodium chlorite and water under the name “Miracle Mineral Solution,” or MMS. According to court documents filed in Florida’s Southern District, the family manufactured the solution in their Bradenton backyard. The chemical was advertised as a cure-all through the non-religious church called Genesis II Church of Health and Healing.

The documents allege that the family made an average of $32,000 a month by selling the solution. Once they advertised it as a cure for COVID-19, the revenue they brought in jumped to $123,000 a month. More than 28,000 bottles have been sold, bringing in more than $1 million since March of last year.

Jonathan and Jordan Grenon have been in Miami FDC since being detained and are scheduled to be arraigned Monday. Mark and Joseph Grenon are believed to be in Colombia.