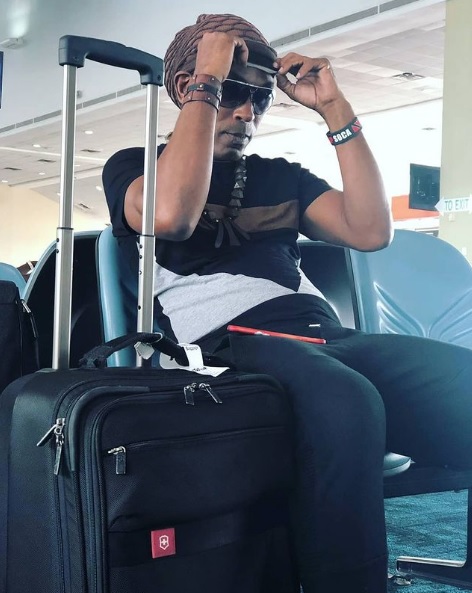 Passengers on a Caribbean Airlines flight are concerned, frustrated and unsure as to just when they will get home.

Soca Artiste Farmer Nappy, who was on the flight, told Power 102 Digital’s Power Breakfast Show this morning that a female passenger died on the flight from Miami to Trinidad causing the aircraft to be diverted to Puerto Rico.

He said the flight landed at 7pm on Monday.

However passengers have been stranded in the airport since then with little information from CAL officials.

Anthony Elliot, who was on his way to Trinidad after leaving Saudi Arabia since Saturday, told Power Digital’s newsroom this morning that the passengers seeking another way home were being forbidden from leaving the area of the airport where they have been holed up since last night.

He noted that the passengers have had little to no interaction with official CAL representatives while they continue to wait for word on food and accommodation.

He said the information reaching the passengers has simply been that the airline is working on it but no timelines have been given.

Meanwhile, Farmer Nappy told News Power Now that the situation has left a bad taste in his mouth.

She acknowledged the situation and said the circumstances were an unfortunate result of mitigating circumstances outside the airline’s control.

She assured however that CAL was working assiduously to resolve situation with all stakeholders.

Ligoure added that the company was very grateful for the patience and understanding as they work urgently to resolve the matter.

Passengers have since received an email from CAL stating that accommodations and food were being organized but no definitive time had been given for either.

Mr Elliot also told News Power Now that they passengers were given permission to leave the area to retrieve their bags and other belongings.

However he claimed that this seemed to be part of the Puerto Rican authorities plan to clear the gate which they were occupying.

He said additionally, there is no word regarding the new location to which they are being moved.

News Power Now reached out to Foreign Affairs Minister Dr Amery Browne for a comment on the situation.

He said the Government is “working on a solution to the challenge” and added that he was in communication with Finance Minister Colm Imbert, under whose purview CAL falls.

He indicated that he is “confident that the issue will be resolved in the shortest possible time”.