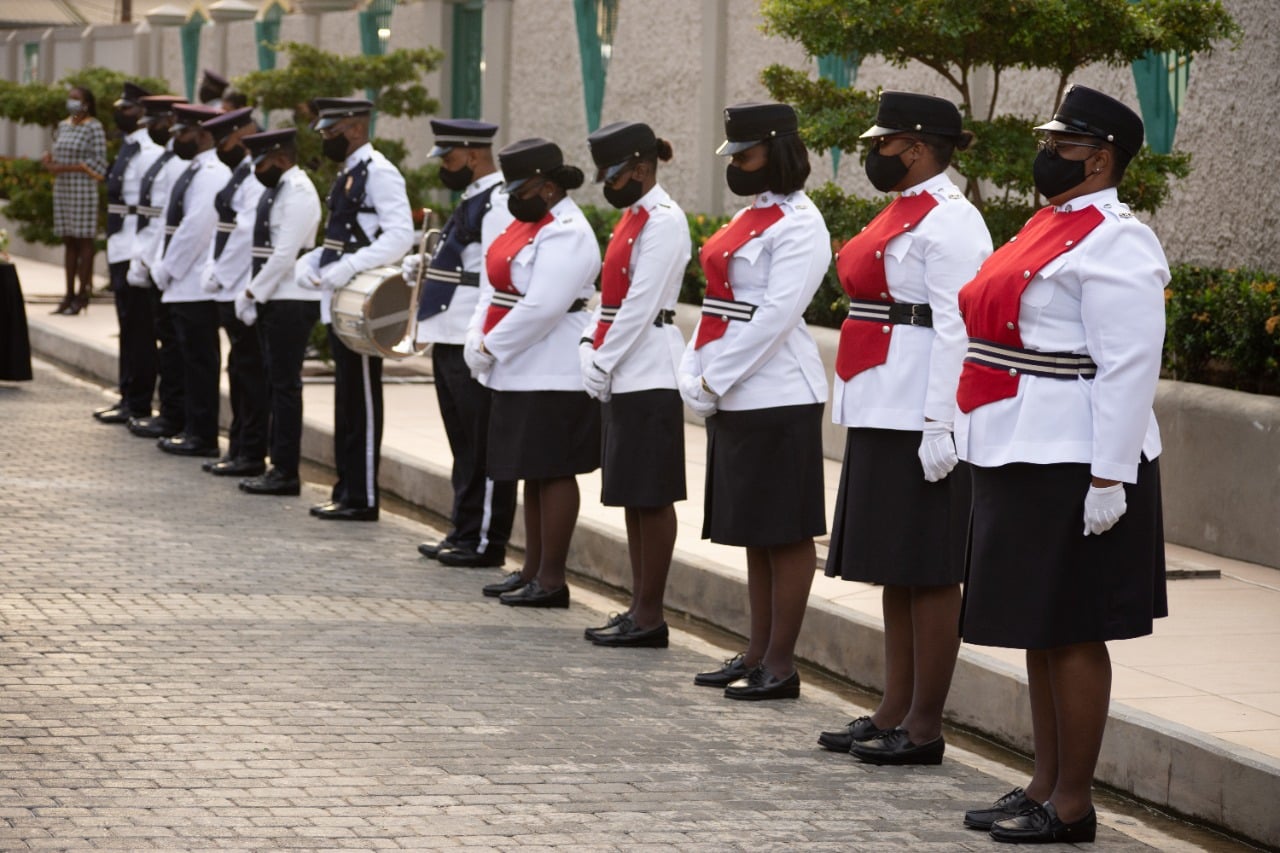 Three police officers and an ex-officer were killed when insurgents invaded the Parliament Building on Friday, July 27th, 1990.

Yesterday, July 27th – the 31st anniversary of the attempted coup, these four officers were remembered as Her Excellency, Paula Mae Weekes, laid a wreath to commemorate the occasion.
On that fateful day 31 years ago, insurgents stormed the Red House and took many persons hostage, including the duly-elected Prime Minister ANR Robinson, Members of Parliament, staff of the Parliament and persons seated in the public and media galleries. Staff of the television station, TTT, and Radio Trinidad were also held hostage. Eight persons died as a direct result of the storming of the Red House.

During the assault on our democracy, Police Headquarters was firebombed around 5.50 pm on July 27th, 1990. Mc Leod was shot at the north entrance. The TTPS has named a Theatre in the Police Administrative Building after him.

Several police officers were injured in trying to escape Police Headquarters, which also came under gunfire from the insurgents on the western balcony of the Red House. The Prime Minister’s driver from Special Branch was shot and wounded and eventually lost his leg.

It took years for the TTPS to recover from this assault. The Police Administration Building was under construction at the time. It took some time for the building to be completed and nearly 11 years for the original Police Headquarters to be reconstructed.