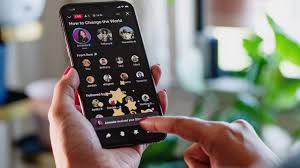 According to Tech Crunch, the new feature officially launched on Monday, and it is available in the U.S. on iOS. For now, it will start off as an option for public figures and specific Facebook Groups only.

Verified public figures or creators who are in good standing with the social media platform will get first dibs on the feature. The platform said it would also be launching with “dozens of groups.”

While not everyone can have their own Live Audio Room just yet, Facebook says everyone will be able to listen to the live audio rooms of public figures and the platform’s podcasts.

It appears the new feature will operate pretty much the same as Clubhouse. Tech Crunch reports hosts will appear in a circular icon at the top of the screen, and listeners will appear at the bottom. And like Clubhouse, the host ring will glow, there will be a  “raise hand” feature, and there will be a request to speak tool for those who’d like to share or give input.

Facebook has also implemented some different features, including a user’s ability to “like,” give a ‘thumbs up” or react to content as it streams. There is also no limit on many listeners can be in a room.