Explosion at Russian facility kills two and injure six others 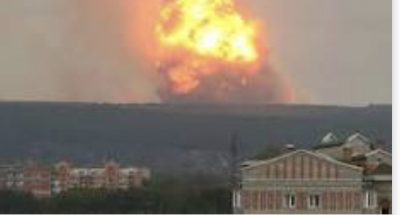 International news agencies are reporting that two people have been killed in an explosion at a Russian naval test facility.

Both were civilian specialists, while Six other people – a mix of military and civilian personnel – were injured. The blast happened during testing of a rocket engine. The blast occured at a missile testing facikio for nuclear submarines.

Charles: We need data driven approach to the management of our porous borders 0