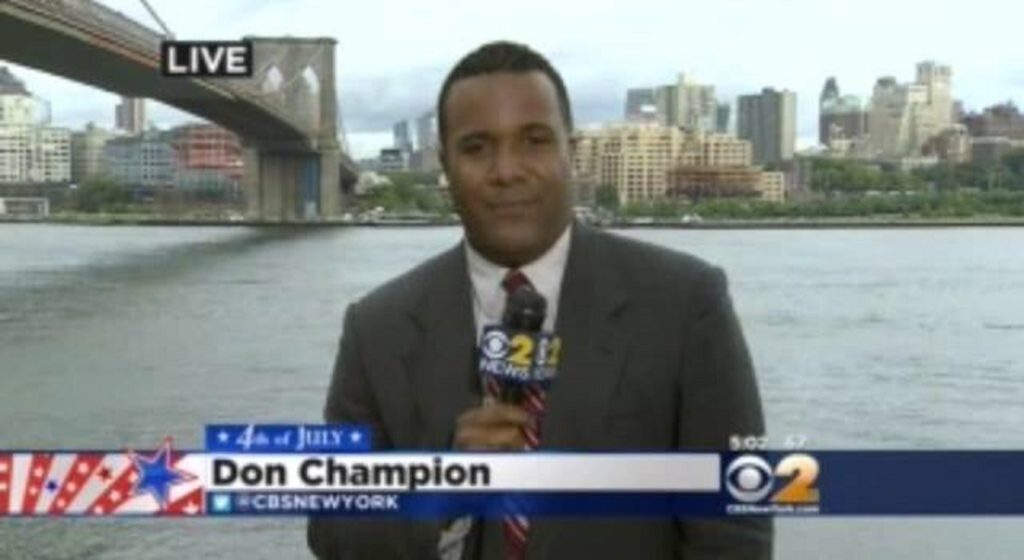 Ex-Reporter Says He Was ‘Too Gay’ for CBS

An ex-freelance reporter for the popular American network, CBS, is now sharing with the public about the alleged discrimination and abuse he suffered at the hands of network executives.

In a public Facebook post, Don Champion announced that he experienced several years of harassment, bullying and discrimination while working for two different CBS affiliates in New York before eventually being fired for no reason.

“This is my CBS story,” he begins, before sharing about his “horrible memories of being bullied and discriminated against for being a gay Black man.”

Champion stated that he began working for the company in 2013 and says he was warned by his agent about two execs in particular, David Friend and Peter Dunn.

“Even before I started, my agent warned me, ‘be careful, you’re gay, Black and a man. David doesn’t like any of those.’ I still question how I got in the door at CBS 2 News–in the end, I think it was fate.”

Champion goes on to allege that almost immediately he was criticized for his “on-air presence” and “voice.” After working with a vocal coach, he learned Friend felt he came across as “too gay” on television.

“My life and career were under the control of a bigot,” he continues. “After live shots, I’d get emails from David complaining about little things like a fumbled word on-air. One time, he embarrassed me by berating me loudly in the middle of the newsroom.”

After about a year and a half, Champion eventually transferred to a different CBS affiliate, where he says the abuse continued.

“Sadly, the discrimination didn’t stop at WCBS,” he writes. “At CBS Newspath, word from a manager of me needing to ‘butch it up’ on-air got to me. There was also a complaint about me ‘queening out’ during live shots.”

After speaking to a higher up about what was going on in July 2017, Champion got a call from his agent saying his contract was being abruptly terminated without any real explanation.

“Anyone who knows me knows how passionate I was about news and how it was my dream to be a journalist since childhood. A dream and years of hard work stolen from me by blatant bigotry and the sad part is–there are countless other stories.”

Additionally, the Los Angeles Times recently reported about a number of African American employees complaining about a hostile work environment at CBS, with many accusing Peter Dunn of being the root cause.

In an official statement, the network says it is “committed to ensuring an inclusive and respectful work environment for all its employees. In response to a CBS investigation in early 2019, senior management at the time addressed the situation with Mr. Dunn, and the company has not received any complaints about his conduct during the period since then.”

2 men charged with possession of cocaine for trafficking 0