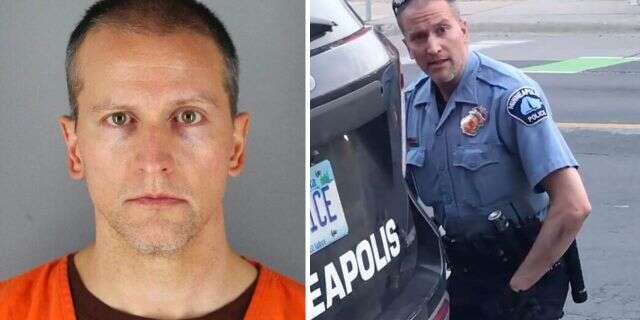 Derek Chauvin, the former Minneapolis police officer charged with second-degree murder for the death of George Floyd during a May 25th arrest, was released from custody Wednesday after posting a $1 million bond.

Mr. Chauvin, 44 years old, was arrested May 31st and initially held in Hennepin County jail before being moved to a state facility. He is charged with killing Mr. Floyd by pressing his knee into Mr. Floyd’s neck for an extended period. A bystander’s video of the killing shared on social media sparked a summer of protest and unrest in Minneapolis and across the U.S.

Mr. Chauvin hasn’t yet entered a plea. His lawyers have called for the charges to be dismissed, arguing that Mr. Floyd died of a lethal dose of fentanyl, not his treatment by officers.

Ben Crump, a lawyer representing Mr. Floyd’s family, in a statement called Mr. Chauvin’s release a painful reminder for the family. “Although George Floyd was denied justice in life, we will not rest until he is afforded full justice in death,” Mr. Crump said.

Separately, the Milwaukee County prosecutor on Wednesday declined to bring charges against a police officer who shot and killed a Black teenager in February, an incident that sparked months of protests in the Milwaukee suburb of Wauwatosa.

Officer Joseph Mensah had reason to fear for his life and therefore charges weren’t justified in the killing of 17-year-old Alvin Cole, the prosecutor found. An outside investigator requested by local officials released a report earlier in the day recommending the firing of Officer Mensah, who had killed two other suspects in previous incidents, amid concerns that a fourth incident could be devastating for the community.

Mr. Cole’s family expressed outrage at the decision while speaking to reporters outside the prosecutor’s office, and demanded that the officer be fired.

A lawyer for Officer Mensah didn’t immediately respond to a call seeking comment.

The office of District Attorney John Chisholm, in a Wednesday letter to the Wauwatosa police chief, said there was “sufficient evidence that Officer Mensah had an actual subjective belief that deadly force was necessary and that belief was objectively reasonable.”

Police Chief Barry Weber said, in a statement posted to the city website, that Officer Mensah remained on administrative suspension “pending ongoing proceedings with the Wauwatosa Police and Fire Commission” that are unrelated to Wednesday’s announcement.

Wauwatosa Mayor Dennis McBride said the shooting has divided the community. “Some will agree with District Attorney Chisholm, and some will not,” he said. “This debate will not end with today’s decision.”

In Mr. Chauvin’s case, police body-camera footage showed he had been kneeling on Mr. Floyd’s neck for about nine minutes, though some officials have put the timing closer to eight minutes. The county medical examiner ruled the death a homicide and listed the cause as “cardiopulmonary arrest complicating law enforcement subdual, restraint, and neck compression.” Autopsy results also indicated heart disease, fentanyl intoxication and recent methamphetamine use, according to the medical examiner’s report.

That led to the second-degree murder and other charges filed against Mr. Chauvin. Two other officers helped restrain Mr. Floyd, a 46-year-old unarmed Black man who was being arrested on suspicion of passing a counterfeit $20 bill, and a third officer kept witnesses at bay. All three are charged with abetting second-degree murder and other charges.

The four officers were fired by the police department after the video emerged. None of the officers has entered a plea.

Hennepin County Judge Peter A. Cahill has said he hopes to rule by October 15th on motions for and against holding one trial for all of the defendants, motions by defendants for a change of venue and whether to sequester and protect the anonymity of jurors. He said he would rule separately on defense motions to dismiss the case for lack of probable cause.

Court documents show Mr. Chauvin is required to appear in court on March 8th, 2021, for what could be the start of a trial if the proceedings remain in Hennepin County.

The governors of Minnesota and Wisconsin activated the National Guard at the request of local officials in the event disturbances erupt.

Protesters gathered and marched in Minneapolis on Wednesday night, a police spokesman said. In Wauwatosa, the city imposed a curfew from 7 p.m. to 6 a.m. through Oct. 12 and ordered gas stations closed during curfew.

A statement on the Wauwatosa website said, “Gas stations and hardware stores are prohibited from displaying and selling materials which could be used to start or accelerate the burning of buildings or the containers used or capable of being used to transport and dispense such materials.”