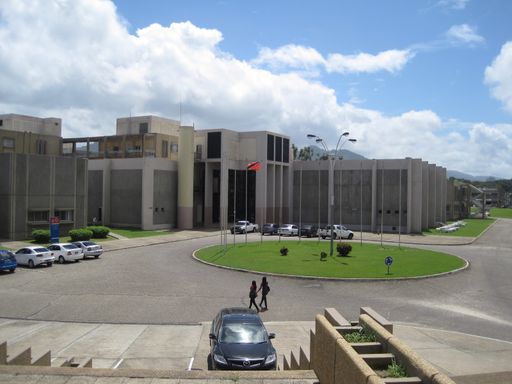 EWMSC gets barricaded to control number of walk-ins

With the aim of easing the strain on the healthcare system, with the large number of people turning up at hospitals, the North Central Regional Health Authority (NCRHA) has decided to place a barricade around the area Eric Williams Medical Sciences Complex, more specifically, the area designated for suspected COVID19 patients.

This follows an emergency meeting held by the NCRHA’s board.

According to a GML report, the barriers are meant to help the hospital’s management control the number of walk-in patients. 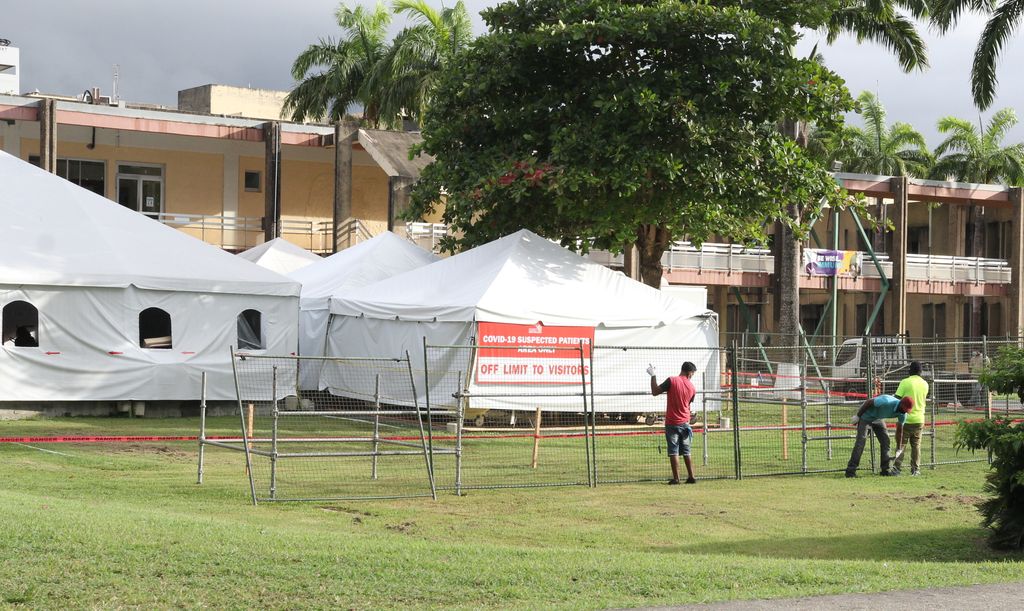 The NCRHA said in a statement yesterday that it was seeking to improve its COVID-19 testing and care following issues with a record-breaking influx of persons at its facilities.

The NCRHA revealed that the authority held an emergency meeting to discuss issues on Saturday, in direct response to problems caused by a recent 300 per cent increase in positive cases and the associated demand for testing.

“We identified that bottlenecks emerged during the wave which resulted in some congestion in general intake. Our multidisciplinary team met until late last night to rethink our systems and to make the necessary alterations and consequent improvements to the patient and staff experience,” NCRHA chief executive Davlin Thomas said.

Improvements include adapting inherent capacity to test at a quicker rate, using the NCRHA’s ambulances to supplement those provided by the State’s independent contractor GMRTT, adding barrier systems to segregate COVID-19 patients from other patients, and adding toilet facilities at the Chaguanas District Health Facility and the Eric Williams Medical Sciences Complex to accommodate the influx.

Signs have also been installed at COVID-19 testing sites to prevent intermingling between suspected COVID-19 infected persons and regular patients and that tent facilities were outfitted with sanitisation stations, dedicated doffing and donning areas for staff in protective suits, and breathable structure lining for unobstructed airflow.

“They are also fully outfitted with electrical and plumbing capabilities and contain fully stocked and functional resuscitation room equipped with crash cart, oxygen, and defibrillator,” the release said.

The NCRHA also noted that since May 12, over 20 new patient care assistants and customer service representatives were added to the front-line to reduce clinical load and to ensure each patient is given adequate specialised care and attention.