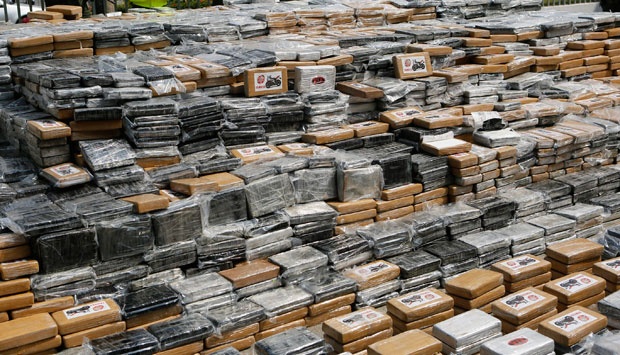 The largest-ever cocaine seizure in Europe has been made by customs officers on February 24th in Germany, following more than 16 metric tonnes of the Class A drug being found in containers that arrived from Paraguay.

The drugs were first discovered on February 12th amid a search of shipments than were flagged as ‘suspicious’.

Authorities in Germany and Belgium seized more than 23,000 kilograms of cocaine altogether, which is said to be worth ‘several billions’ of Euros – making it the largest amount of cocaine ever seized in Europe.

Hamburg’s customs office said that cocaine was found in more than 1,700 tin cans, which had been filled with putty, before a further 7.2 metric tonnes of cocaine were seized in Belgium in the following days.

A 28-year-old man from Vlaardingen, near Rotterdam, was arrested on suspicion of being responsible for the shipments.

State Secretary in Germany’s Federal Ministry of Finance, Rolf Bosinger said: “We have succeeded in seizing a record amount of cocaine. With this blow against organized narcotics crime. Also thanks to the exemplary cooperation with European partner authorities.

“German Customs has once again impressively demonstrated its clout. Our strategy of continuing to massively strengthen customs is working.”

The announcement of the cocaine haul came a day after Dutch prosecutors said they cooperated with Britain’s National Crime Agency to intercept more than 1.5 tonnes of heroin worth 45 million euros at Rotterdam’s port in a container full of Himalayan salt that originated in Pakistan.

Dutch police arrested five suspects on suspicion of involvement in the drug transport, which they said was the largest heroin cargo ever intercepted in the Netherlands.

No appointments needed to be vaccinated from Friday 0