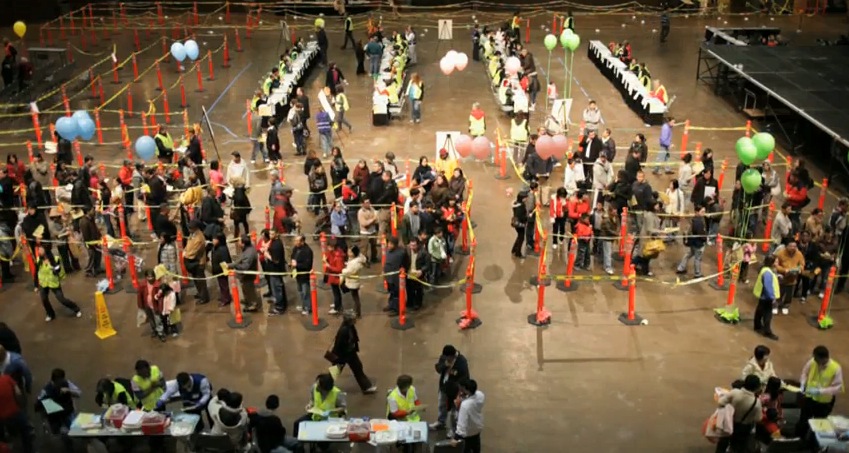 The European Union (EU) officially launched its  first phase of mass vaccination on Sunday, with doses of the Pfizer / BioNTech vaccine delivered to the 27 member states.

An army of more than 10,000 British medics and volunteers has already been recruited by the National Health Service to help deliver the vaccine once it is given approval this week.

The European Union launched a mass COVID-19 vaccination drive on Sunday with pensioners and medics lining up to get the first shots of the Pfizer vaccine to see off a pandemic that has crippled economies and claimed more than 1.7 million lives worldwide.

The region of 450 million people is trying to catch up with the United States and Britain, which have already started vaccinations using the Pfizer shot.

The European Union is due to receive 12.5 million doses by the end of the year, enough to vaccinate 6.25 million people based on the two-dose regimen. The companies are scrambling to meet global demand and aim to make 1.3 billion shots next year.

The bloc has secured contracts with a range of pharmaceutical companies besides Pfizer, including Moderna and AstraZeneca, for a total of more than two billion vaccine doses and has set a goal for all adults to be inoculated during 2021.

Britain was the first nation in the world to approve the Pfizer vaccine on December 2nd, and has already vaccinated more than 600,000 people.

A swift rollout of the Oxford vaccination program from January 4th would bring relief to a nation suffering a bleak winter, with a strict lockdown enforced across most of Britain throughout the Christmas holidays in an attempt to contain a more infectious strain of coronavirus identified at the beginning of the month.

England’s seven-day average for new coronavirus cases has soared to more than 32,000 while more than 400 people are dying a day.

The London Telegraph reported that teams are trained and ready to begin giving the Oxford jab at sports stadiums and racecourses across the country, with a target of vaccinating 1 million people each week.

Britain has ordered 100 million doses of the Oxford jab, with 40 million due to be available by the end of March. The ease of delivering the vaccine, compared with the complicated cold chain required for the Pfizer jab, and its low cost, mean its approval is viewed as a game-changing development.