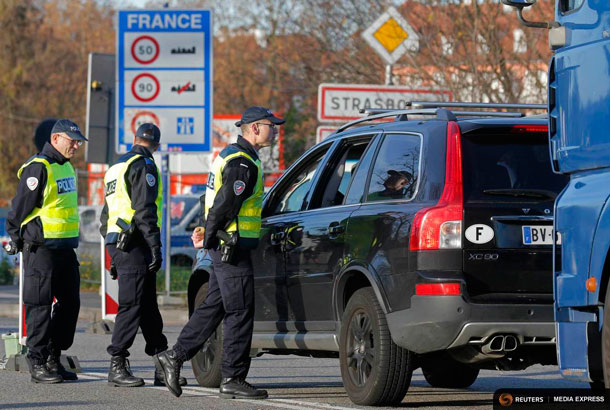 Two-thirds of French under curfew, Ireland and Wales confined, records in France and Germany show that the situation is “serious” in Europe, the new epicenter of the pandemic.

The pandemic, which has already killed more than 256,000 people on the continent, even punishes countries that were able to protect themselves from the first wave, such as Germany.

In the last 24 hours, Germany exceeded 11,000 infections and according to the authorities, the situation is “very serious.” Now the chancellor Angela Merkel does not limit herself to appealing to individual responsibility and invites the population to “stay at home” as much as possible.

In France a record was broken with more than 41,000 infections. Shortly before that announcement, Prime Minister Jean Castex had extended the regions governed by a night curfew, which now affects two thirds of the population, that is 46 million people. “The coming weeks will be tough,” warned the head of government.

In Greece the introduction of the curfew was announced on Saturday in Athens, Thessaloniki and other areas. Record contamination was also recorded in Portugal, where three northern communes, or 150,000 people, will have to completely reconfine on Friday.

Switzerland has the civility to stop the pandemic, but President Simonetta Sommaruga said that if the contagion curve “does not recede until next Wednesday, decisions will have to be made that go further.”

Different is the case of Ireland, where newly enforced lockdown gave central Dublin a ghostly look. It is the first European country to decree a second general confinement.

Wales in turn will be confined on Friday for weeks. In the rest of the United Kingdom, the most affected country in Europe (44,158 dead), more or less severe restrictions affect 28 million Englishmen.

In Lombardy, north of Italy, came into force this Thursday a three week curfew And in Campania (south), where Naples is located, it was forbidden to leave the house from this Friday from 23.

The situation It also continues to get worse in Spaina, where there are new restrictions, with the partial closure of a dozen cities and some regions. Since last Tuesday, curfew also applies in Slovenia from 21 to 6 in the morning.