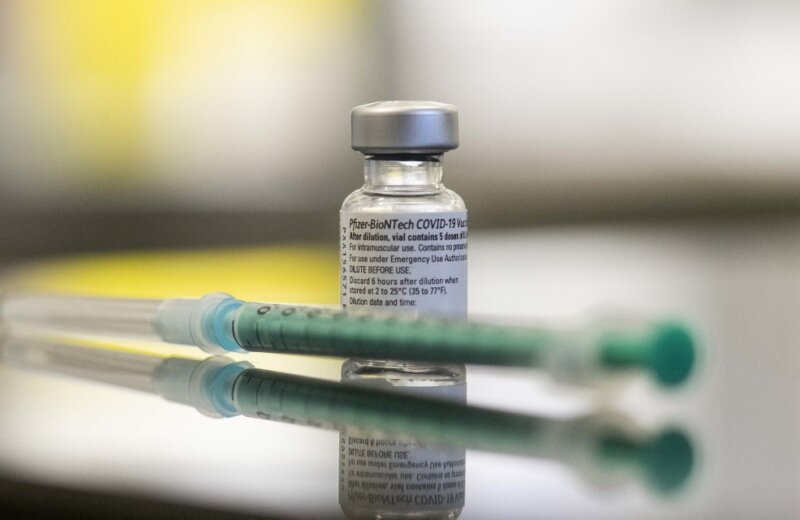 European Commission chief Ursula von der Leyen said on Wednesday that talks were underway with Pfizer/BioNTech for a new contract for 1.8 billion doses of COVID-19 vaccines to be delivered in 2022 and 2023.

The new contract was sought after the European Union (EU) drew the lessons during the first phase of the pandemic, reported Xinhua news agency quoting von der Leyen as saying in a statement.

“At a certain point in time, we might need booster jabs to reinforce and prolong immunity. And If an escape variant occurs, we will need to develop vaccines that are adapted to the new escape variant. And we will need them early in its sufficient quantities.”

The Pfizer/BioNTech will deliver in the second quarter an additional 50 million doses, originally scheduled for the fourth quarter.

The good news came after Johnson & Johnson said on Tuesday that it decided to put off the rollout of its Janssen vaccine in Europe due to reported side effects that were being investigated.

Pfizer/BioNTech, said von der Leyen, “has proven to be a reliable partner. It has delivered on its commitments, and it is responsive to our needs. This is to the immediate benefit of EU citizens.”

The EU’s executive chief expressed full confidence in the technology used in producing the Pfizer/BioNTech vaccine.

Supply shortage in Oxford-AstraZeneca vaccine and concerns over its “possible link to very rare cases of unusual blood clots with low blood platelets” have somewhat stalled the fast vaccination pace despite repeated assurances from the European Medicines Agency that the jab’s benefits in combating the still widespread threat of COVID-19 outweigh the risk of side effects.

Von der Leyen said the vaccination rollout in the bloc was picking up speed, with more than 100 million jabs administered, more than a quarter of them in second doses, which means that some 27 million Europeans are fully vaccinated.

The EU is struggling to achieve its goal of inoculating 70 per cent of its adult population by the end of summer. Due to the delay in supply, at least one member country has turned to Russian and Chinese vaccines and gained a better than average vaccination rate.