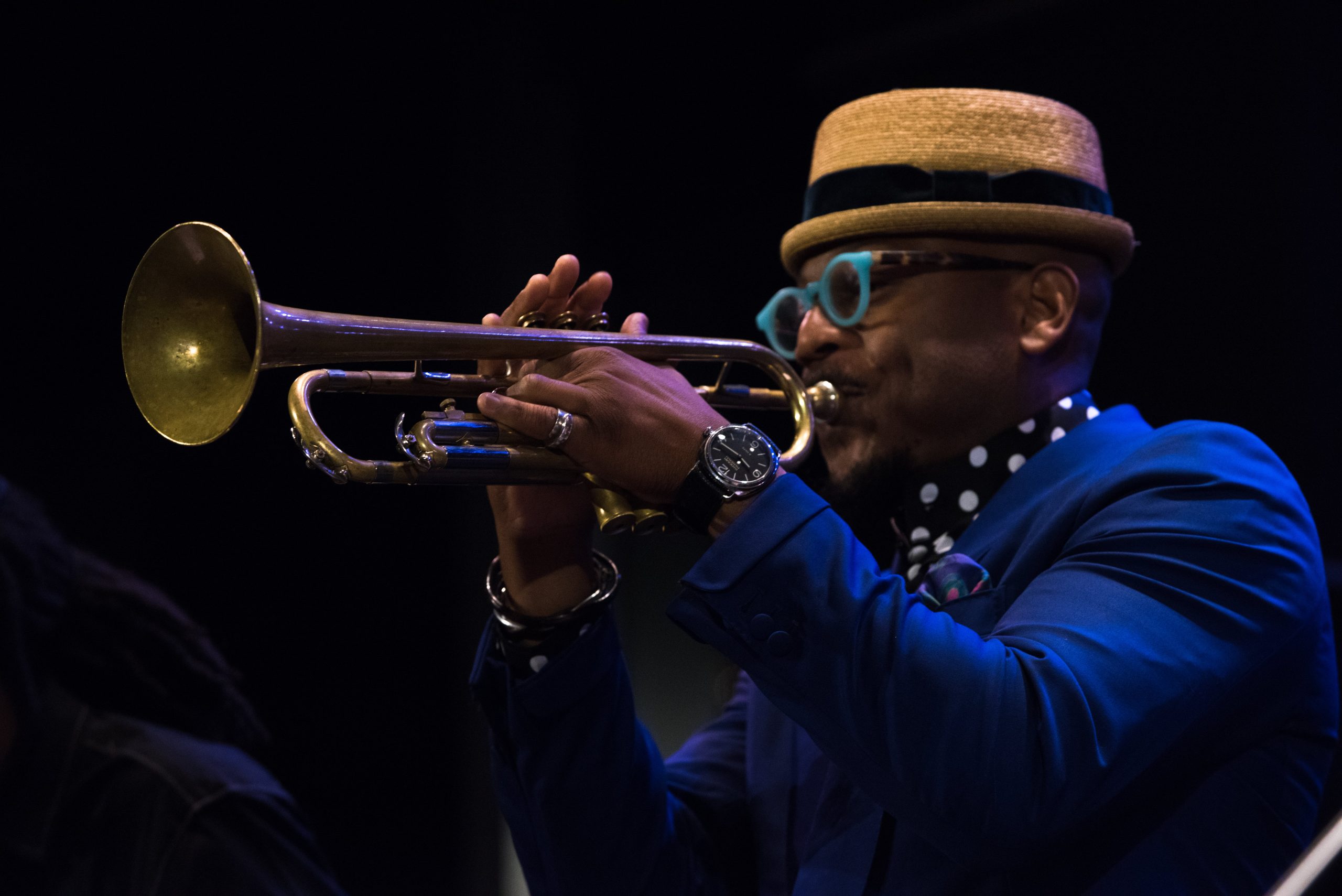 The concert will feature special guests including New York based folk singer Betsayda Machado who is known as ‘the Voice of Venezuela’ and has been hailed by New York Times as “vital, accomplished, local, unplugged, deeply rooted”, World Renowned Trombone soloist, composer and recording artist Wycliffe Gordon,” and local favourite Relator who alongside Wycliffe Gordon was featured on Charles’ 2015 classic album, Creole Christmas.
Known for his powerhouse performances and first rate bands, Charles has assembled a uniquely stellar line-up of musicians for this concert. Returning to Trinidad will be his long time collaborators Sullivan Fortner (piano) who
recently won a Grammy Award for his work with Cecile McLorin Salvant, Haitian-American saxophonist Godwin Louis and the exciting dynamic, Latin Grammy Award winning Venezuelan cuatro virtuoso Jorge Glem. Coming to Trinidad for the first time will be Israeli bassist Or Bareket, young drumset phenom Savannah Harris and Venezuelan percussionist Daniel Prim.

“This concert is a reunion. This concert is family, love and fellowship through music. The energy of the Christmas season in T&amp;T is palpable and I can’t wait to celebrate with so many amazing musicians,” said Charles.
In addition to his dynamic performances, Charles has become well-known for his arrangements, specifically those to feature vocalists. Creole Christmas 2.0 will showcase his myriad arranging styles for this ensemble and its guests.
In March 2019, Charles was featured in the New York Times for the worldwide release of his landmark album Carnival: The Sound of a People Vol. 1. He was described as having “developed a magnetic sound on trumpet — clear and mellifluous, with a deep sense of economy; redolent of both Roy Hargrove and Chocolate Armenteros — and he’s becoming a composer to be reckoned with” Charles most recent tour included Madrid, Paris, London, Munich, Trieste, Martinique, St. Vincent, New York, Accra (Ghana), Cotonou (Benin), Gainesville
(FL) and Miami (FL).

Creole Christmas 2.0: Venezuelan Roots will be presented by Monlo Music Ltd on Thursday, December 5 at 7pm at NAPA. Tickets are $300TTD. Ticket hotline 682-1070.