Dillon Clarke, the escaped prisoner who was labelled as “armed and dangerous” by police, is back in custody. He was recaptured by police in Hollis Avenue, Arima this morning around 9:25am. Reports indicate he may have been participating in the annual ‘Borough Day’ celebrations in Arima. 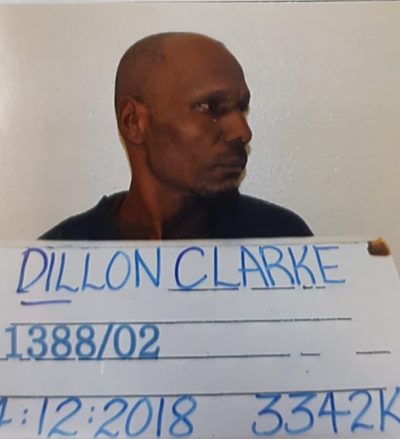 In a statement issued by the prisons service, Commissioner of Prisons Mr. Gerard Wilson commended the actions of the members of the Police Public Order Team and by extension, the Trinidad and Tobago Police Service, for unwavering diligence and alertness.

In addition to his malicious damage charge for which he was serving 24 months, he is now facing an additional charge of ‘Escaping Legal Custody’.

Clarke escaped the Maximum Security Prison in Arouca on Thursday morning while cleaning the surrounding area.

Chin not expecting a high turnout as cinemas reopen today 0

Aircraft scheduled to take Venezuelans back to their homeland 0