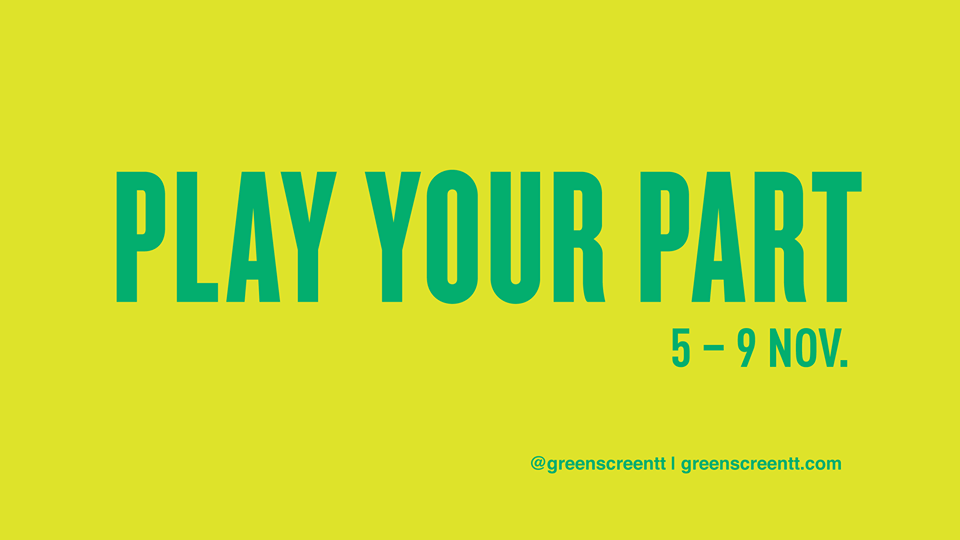 “Play your Part” is the theme of the 2019 Green Screen Environmental Film Festival.

Hosted by parent company Sustain T&T and now in its ninth year, the annual event returns November 5 to 9 with a series of film screenings and panel discussions aimed at educating the public about deeply relevant environmental and sustainability issues. Green Screen’s 2019 call to action is an appeal to both individual and collective consciousness as it seeks to exhort all citizens to play their part in becoming climate change ready and resilient.Founder and festival director Carver Bacchus says, “It’s all about getting people to understand the importance of taking action, so ‘playing your part’ is a play on the idea of action, like in a film, and the idea of taking some responsibility for your role in the space and the process of pushing the whole agenda forward.”

With the Bahamas’ most recent experience of devastation wrought by unprecedented hurricane Dorian in mind, those in authority and the general public are being encouraged to act with a greater level of urgency. According to Bacchus, “We may not be directly in the hurricane path, however, we are in a part of the world affected by hurricanes, period. We need to adapt and become more resilient in light of increasingly extreme weather events. Even if we refuse to see or feel the effects on a daily bases, the fact is we are being affected.”

The 2019 Environmental Film Festival will commence with its Opening Night and Gala Ceremony at Queens Hall on Tuesday 5 November at 6p.m. The film When Lambs Become Lions will be screened along with the finalists of the second Very Short Shorts (VSS) Mobile Film Competition. Winners will also be announced on the night. The youth category winner will be presented with TT5000, courtesy FilmTT, while the overall winner will receive the grand prize of TT12,000, courtesy Bmobile.

The Festival includes a mix of free screenings of films about hurricanes, migration, conservation and more, with hard-hitting discussions on Climate Change, Banning of Single-use Plastics and Migration. Films will be screened at LofTT gallery and NALIS Port of Spain. Students will be given a private screening of the film Hurricane 3D and the shortlisted films from the VSS Mobile Film Competition at the Digicel IMAX. The festival will culminate with the reveal of the winner of the VSS People’s Choice Award – TT$3000 courtesy SWMCOL – followed by an after-party at Drink Lounge & Bistro on Saturday 9 November.

The 2019 edition of Green Screen is supported by Leading Sponsor SWMCOL, FilmTT, Bmobile and partner Atlantic.