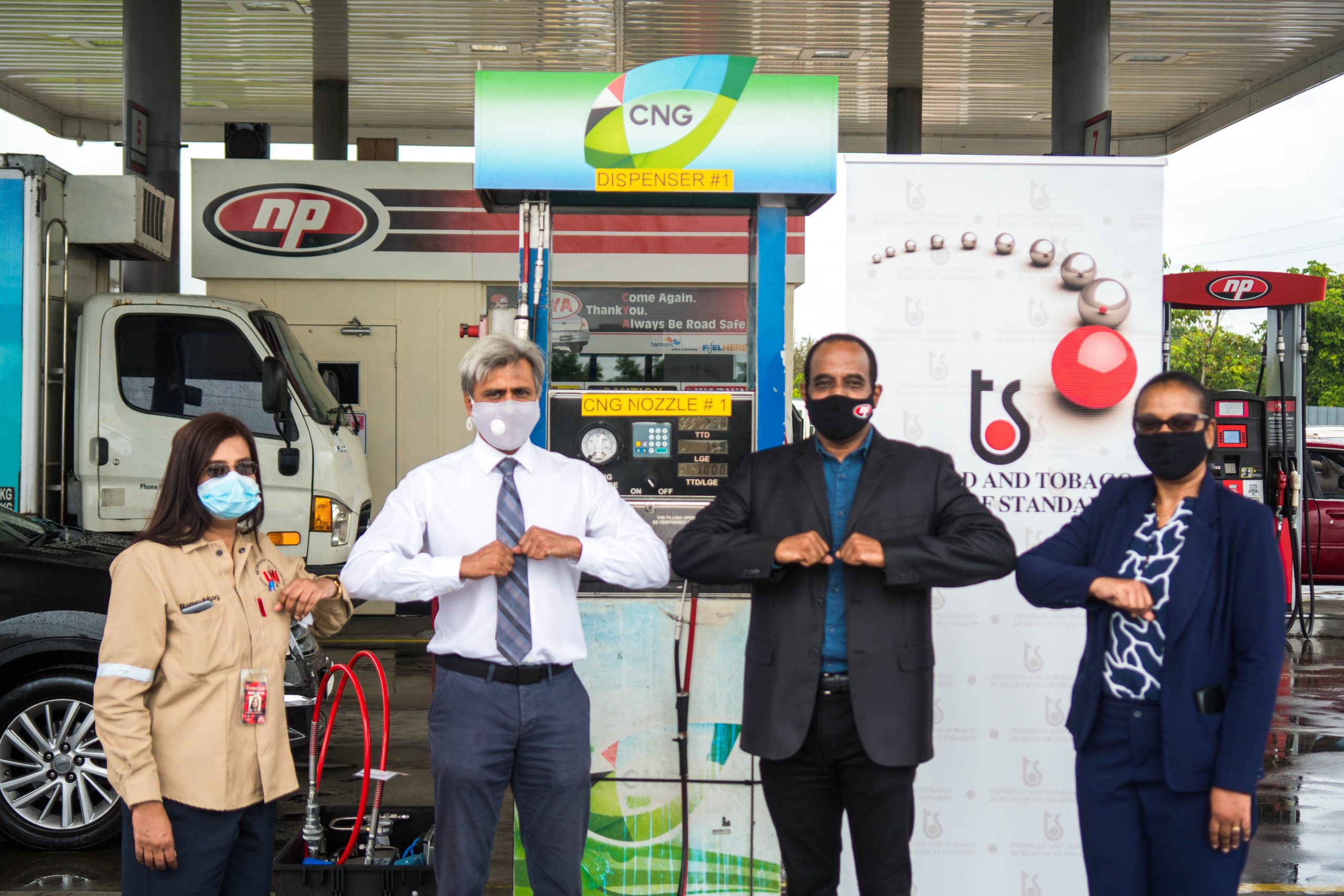 Dispensers at Compressed Natural Gas (CNG)service stations across the country are in the process of being verified by the Legal Metrology Inspectorate (LMI), a unit of the Trinidad and Tobago Bureau of Standards (TTBS). The LMI recently commenced its verification work on nozzles of dispensers installed and maintained by the NGC CNG Company Limited for the motoring public.

This verification exercise is required under the Metrology Act Chapter 82:06. The Act mandates the LMI to monitor and verify prescribed measuring devices used in trade, including CNG dispensers at all Service Stations nationwide. Currently, there are ten operational CNG stations in Trinidad for fuel dispensing to the public and three fleet-based stations, two in Trinidad and one in Tobago.

The purpose of the verification exercise is to ensure that the volume of CNG dispensed from the nozzle is accurate, as stipulated in the Act. This ensures that all stakeholders in the value chain, including the end user; the CNG vehicle driver, are assured as to the quantity being paid for, is in fact received. Mr. Curtis Mohammed, President NGC CNG, applauded TTBS for the work to support the development of the CNG industry over the years, which includes an update of the national standard and now, verification of the CNG dispensers.

Noting the significance of this accomplishment, Curtis Mohammed stated that “Verifications in the CNG industry which is something that normally would not have been in focus before, has actually started. The consumer can now be very comfortable that there is a 3rd party verifying the calibrations of the company. This helps to know that the actual entity that determines the verifications will be doing that going forward.”

Once a CNG dispenser nozzle passes the verification test, a yellow PASSED LMI label will be affixed to the device. This serves to confirm to the consumer that the dispenser is accurately dispensing the correct volume (quantity) of CNG. A certificate of verification is also issued to the owner of the device. CNG verification takes places every six months during which periodic surveillance is undertaken by the LMI. 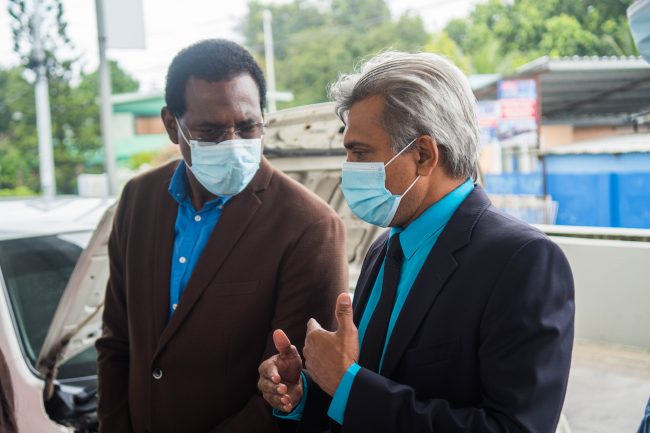 Speaking on the rationale of the CNG dispenser verification exercise and the benefits it brings to the end-users, Mrs. Erica Caruth, Manager – Metrology Division, TTBS, said “CNG dispenser verification is one of the milestones of verification in the retail fuel sector and it fulfills the mandate of the Metrology Act Chapter 82:06, which ensures that all prescribed measuring devices used in trade are verified. This provides assurance that the measurements that are being provided by the instruments are in fact reliable and accurate.”

The verification of the CNG dispenser was conducted using a Micro Motion Coriolis Mass Flow Master Meter. The master meter is connected between the CNG dispenser and the vehicle is serves to accurately measure the CNG that flows into the vehicle. TTBS, in accordance with the Metrology Act, is the national custodian and verifier of reference
standards and as such, it must obtain, conserve, develop and disseminate the basic measurement units and the highest level of calibration standards that the country demands.

NGC CNG Company limited is a subsidiary of the National Gas Company of Trinidad and Tobago and has a mandate to accelerate the supply of CNG at 22 new service stations for the public and also increase the demand.