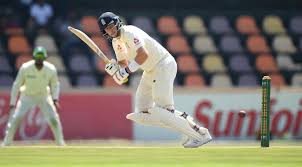 British Captain Joe Root scored an unbeaten half-century as England’s tourists got in some batting practice and scored more than 300 runs on the opening day of their two-day warm-up match against a Cricket South Africa Invitation XI in Benoni on Tuesday.

Root hit 72 off 86 balls before retiring to give others an opportunity, while Dominic Sibley (58) and Joe Denly (60) also scored unbeaten half centuries against an inexperienced home side.

At stumps at Willowmore Park, England were 309 for four after winning the toss and electing to bat.

The two-day game is followed by a longer three-day warm-up match against South Africa A at the same venue, on the outskirts of Johannesburg, which starts on Friday.

The first of four tests against South Africa begins on Boxing Day at Centurion near Pretoria.