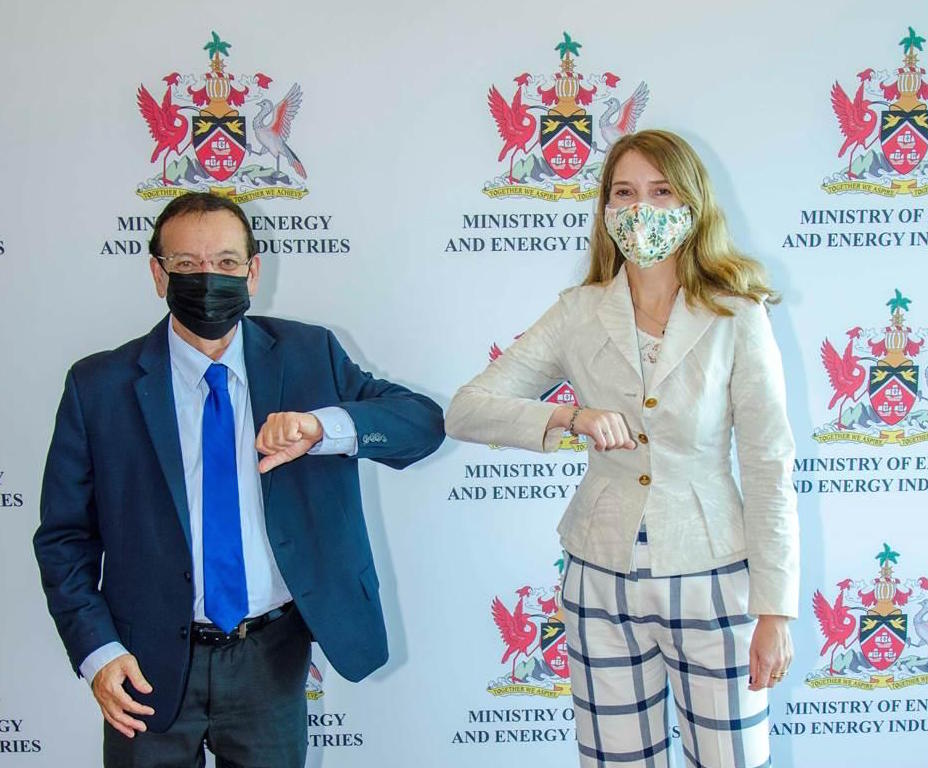 Minister Khan welcomed the newly-appointed commissioner where they got straight into productive discussions on the relationship between Trinidad and Tobago and the United Kingdom with respect to the energy sector and energy transition.

Minister Khan highlighted that Trinidad and Tobago was amongst the first countries to have a clear policy on the monetization of gas, and this country’s model for the use of gas has been replicated worldwide. According to Minister Khan, natural gas can be seen as the fuel of this country’s transition as it is one of the cleaner forms of fossil fuel. He pointed out that with respect to Trinidad and Tobago’s transition, there was a need to ensure that the global perspective on renewable energy was specific to the unique needs of individuals, and Trinidad and Tobago’s transition and will be at a pace that is not disruptive to the economy.

Her Excellency Harriet Cross indicated that the British High Commission of Trinidad and Tobago will continually support this country through representation to the United Kingdom by providing training opportunities and supporting projects such as those related to the energy transition.

All social distancing measures as recommended by the Ministry of Health were adhered to.