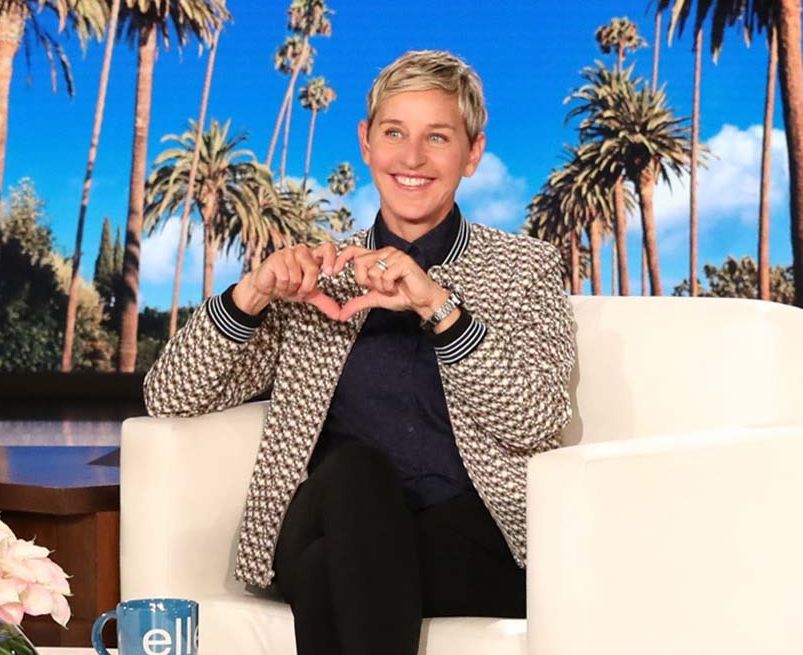 Ellen DeGeneres to end her TV show after 19 years

Ellen DeGeneres has told viewers she is ending her long-running TV show because “I truly have felt like next season was the right time” to bring it to a close.

“The truth is, I always trust my instincts. My instinct told me it’s time,” she said on her new episode.

She didn’t directly mention accusations of a toxic work environment that put the talk show under a cloud last year.

Three senior producers have since lost their jobs and the host delivered an on-air apology last September.

The 63-year-old claimed to have decided to wrap up the show after its 19th season, in 2022, before the scandal erupted.

“Two years ago, I signed a deal for three more years and I always knew in my heart that season 19 would be my last,” she will be seen saying at the start of Thursday’s programme.

The Ellen DeGeneres Show has aired since September 2003 and has broadcast more than 3,000 episodes.

It features a daily mix of comedy, interviews and human interest stories has been a US television staple, although ratings have declined in recent years.

In her pre-recorded opening monologue, she said: “I want you to know that I’ve thought a lot about this decision. I sat with it for a while. I meditated on it.”

Fellow talk show host Oprah Winfrey will join her on Thursday’s show to discuss the announcement, as will singer Pink, who sings the theme song.

DeGeneres made her name as a stand-up comedian and with a self-titled sitcom in the 1990s.

She said: “In 1997, I knew it was time to come out on my sitcom and live my truth. Back then, I had a vivid dream that a bird flew out of a cage and set itself free because it needed to get out of that cage.

“Recently, I had a dream that a bird, a beautiful bird with bright red feathers, came to my window and whispered, ‘You can still do stuff on Netflix,'” she jokingly added. “And that was the sign I was looking for.”

Earlier on Wednesday, she told the Hollywood Reporter: “As great as this show is, and as fun as it is, it’s just not a challenge any more.”

She told the publication last year’s allegations that the show’s workplace was “dominated by fear” were not a factor in her decision to pull the plug.

“If I was quitting the show because of that, I wouldn’t have come back this season,” she said, while admitting it “destroyed” her to see “everything I stand for… attacked”.

Her show has won more than 60 Daytime Emmy awards, the most recent coming when it was named outstanding entertainment talk show in 2020.