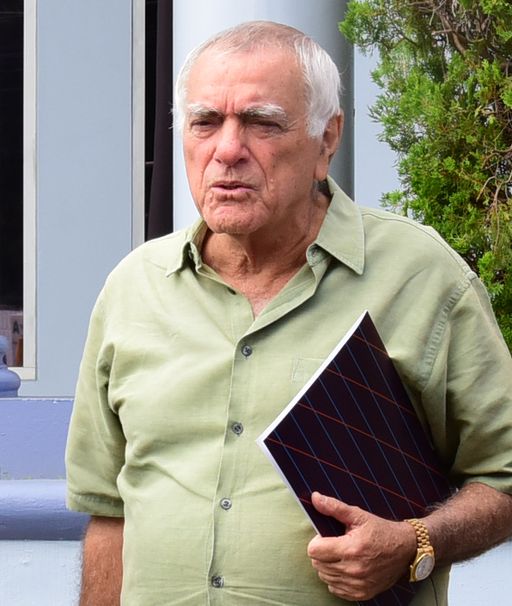 Elias makes first court appearance; set to return on May 19

Fourteen days after being charged with sexual penetration of a minor, 84-year old contractor Emile Elias made his first appearance on Wednesday before a magistrate.

He appeared virtually before Magistrate Adia Mohammed and was not called upon to plead to either of the charges, as they were both laid indictably.

It is alleged that between September 1 and November 30, 2019, Elias met with the girl, with the intent of grooming her for ¬penetration.

On November 21, 2019, Elias allegedly penetrated the girl in his office at Long Circular Road, St James.

Elias was initially granted bail of $100,000 and that figure was not changed when he appeared before Magistrate Mohammed yesterday.

During his virtual appearance yesterday, his attorneys were furnished with a summary of evidence by the prosecution, which gives the defence an overall view and road map as to what evidence the State will be presenting at the -preliminary .

Elias is to return to court on May 19.

Government And Opposition Urged To Work Together For Country’s Interest. 0

CDC warns against swimming with a diarrhoea 0