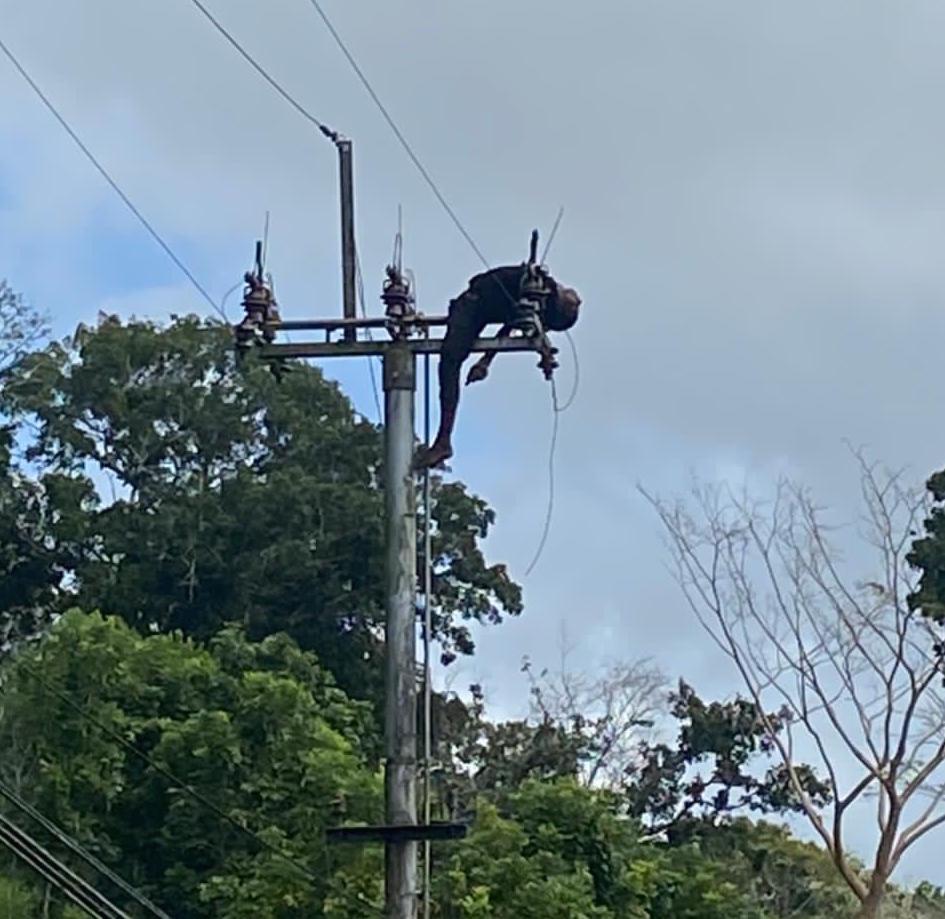 UPDATE: Electrocuted on a refinery pole – Police ID body as that of 14-year old boy

A team of officers from the Gasparillo and Marabella Police stations were called out this morning, after the body of a man was spotted lifeless on top of an electricity pole at the Pointe-a-Pierre refinery.

The body was discovered by Amalgamated Security officers who were on patrol around 9 am along Roble Avenue.

Police suspect the young man, who has since been identified as 14-year-old Michael Sooknanan of Cotton Hill Road in Mayo, may have snuck onto the compound of the Refinery Company to steal copper.

However, police believe when he got to the top of the pole, he came into contact with the high-tension wires and was electrocuted.

His left hand was severed, and the guards later saw it in bushes nearby.

A T&TEC crew, along with Petrotrin Police was also at the scene this morning.