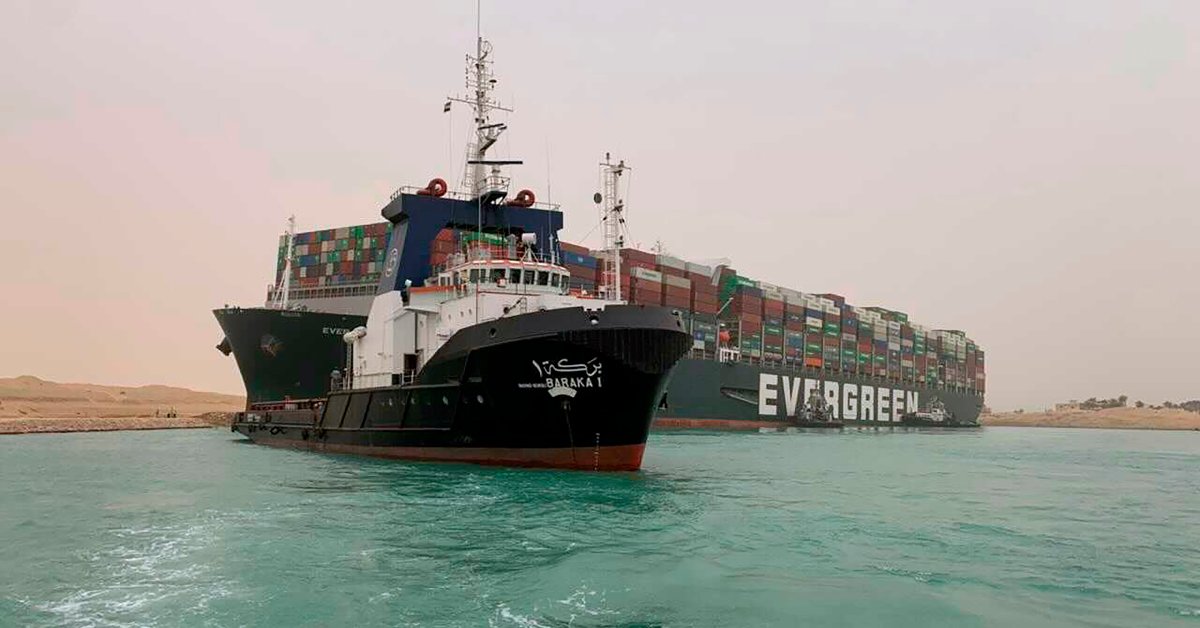 Egyptian authorities engaged in a complex effort on Wednesday to oust a huge container ship moored on the Suez Canal, blocking all traffic in one of the world’s busiest marine arteries.

According to people familiar with the incident, the giant ship was in a canal with its bow pushed into one bank and its stern almost in contact with the other bank during a sandstorm that reached 40 knots on Tuesday. I got caught sideways.

A group of tugboats and dredgers worked most of the day to dig up the boats, partially floating and dragging along the shore by early afternoon local time. However, work was essentially suspended until Thursday morning, and another attempt to fully release the ship at high tide resumed, he added.

The incident on the 400-meter (1,312-foot) Evergiven, one of the world’s largest marine vessels, had immediate consequences. Also, maritime executives who do not expect vessels to resume transit on Wednesday are at risk of continued turmoil.

Ship trackers and brokers said they were waiting for more than 100 vessels to pass through the 120-mile canal between the Red Sea and the Mediterranean Sea. Even if the blockage is quickly resolved, shipping company executives expect the fallout from the incident to continue for several days. Threaten new pressure points In a global supply chain that is already in intense tension.

Anti-Gang legislation headed back to Parliament 0