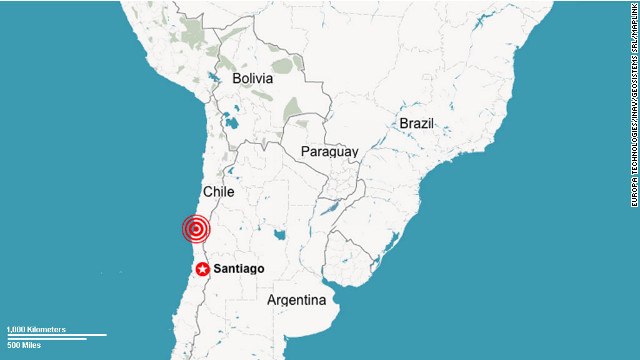 A Magnitude 6 quake struck near the coastal city of Coquimbo in central Chile, the US Geological Survey (USGS) said yesterday, causing buildings to shake in capital city Santiago but no damage.

The quake, reported earlier by the European-Mediterranean Seismological Centre (EMSC) as a magnitude of 6, struck near the coast some 143km northeast of port city Valparaiso, at a depth of 49km, the USGS said.

Chile’s national emergency office said there were no preliminary reports of injuries to people or damage to property or infrastructure.

The quake, which struck on land, was not strong enough to produce a tsunami along Chile’s coast, the nation’s navy said.

Mining firm Antofagasta Plc, whose Pelambres copper mine is near the epicenter of the quake, said the mine was operating normally.

Could Jamaica Carnival Be Postponed Due To Coronavirus? 0