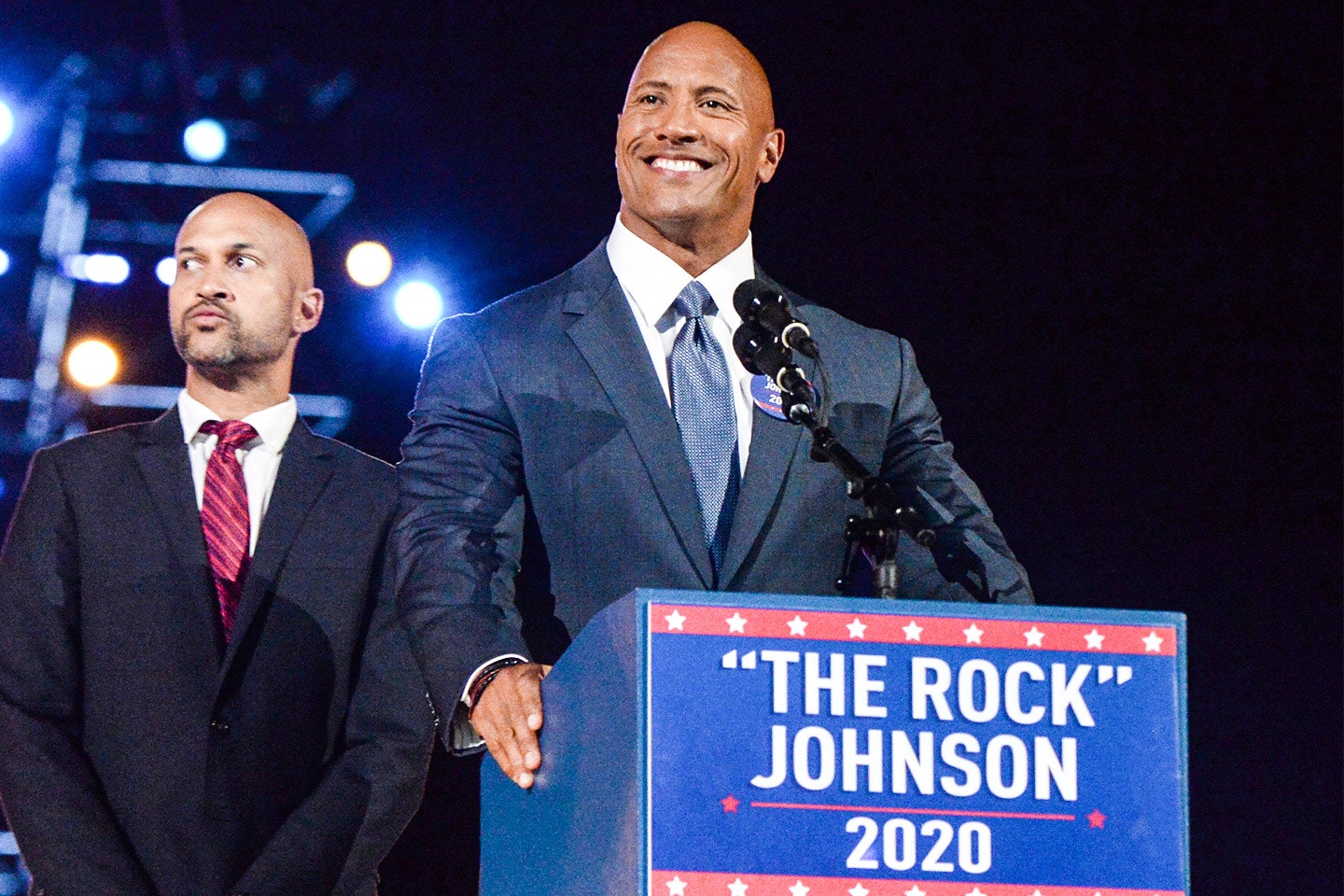 Dwayne ‘The Rock’ Johnson Says He Would Run For President

Dwayne ‘The Rock’ Johnson has spoken about a potential run for U.S. President in a new interview.

After teasing a political career in several media appearances, The Rock has now confirmed his interest.

Speaking to USA Today, The Rock said, “I would consider a presidential run in the future if that’s what the people wanted. Truly I mean that, and I’m not flippant in any way with my answer.”

He added, “That would be up to the people… So I would wait, and I would listen. I would have my finger on the pulse, my ear to the ground.”

The comment comes as the star promotes his new comedy series Young Rock in which he plays himself as he campaigns for the 2032 US presidential election.

The Rock previously said that he considered taking part In the 2020 run but later changed his mind.

Should The Rock eventually embark on a presidential campaign, he’ll follow several other celebrities who have tried this which include Kanye West and of course, Donald Trump.

Dwayne ‘The Rock’ Johnson is currently the world’s highest paid actor thanks to £87.5 million in earnings between June 2019 and June 2020.

Tristan Thompson are you the father! Paternity test reveals he fathered a 3rd child 0