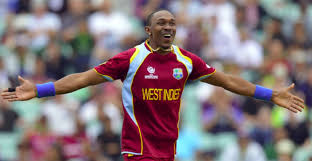 On Friday, Dec 13th, Bravo announced his readiness for selection to the shortest format, with the Twenty20 World Cup just 10 months away.

The 36-year-old had announced his retirement 15 months ago but had in recent times openly flirted with a return to the game, following the change of administration in Cricket West Indies with Ricky Skerritt replacing the controversial president Dave Cameron. Bravo, still one of the world’s leading T20 franchise cricketers, said that change in CWI leadership had been one of the major reasons for his about-turn.

“They understand and listen, they will have dialogues going back and forth, that’s the difference,” the Trinidadian was quoted as saying. “And that’s why it was so easy for me to make a decision to come back and represent West Indies again. I speak to the captain [Kieron Pollard], coach [Phil Simmons], the president, director of cricket [Jimmy Adams] and chairman of selectors [Roger Harper], and I’ve confirmed that I’ll be available for T20I selection.

Skerritt’s election was followed by the recent re-hiring of Simmons and the appointment of Pollard as white-ball captain, as West Indies regrouped following a disastrous 50-overs ICC World Cup campaign last June.
Bravo, a former one-day captain, also quit Tests in 2015 after playing 40 games and scoring 2,200 runs at an average of 31 and taking 86 wickets at an average of nearly 40.

He continued to play the white-ball formats but has not suited up for the Caribbean side since the ill-fated T20 series against Pakistan in the United Arab Emirates four years ago which followed the abrupt firing of Simmons. Bravo said he did not anticipate any problems gelling with the current squad, as he already had a great relationship with the players and the team management.