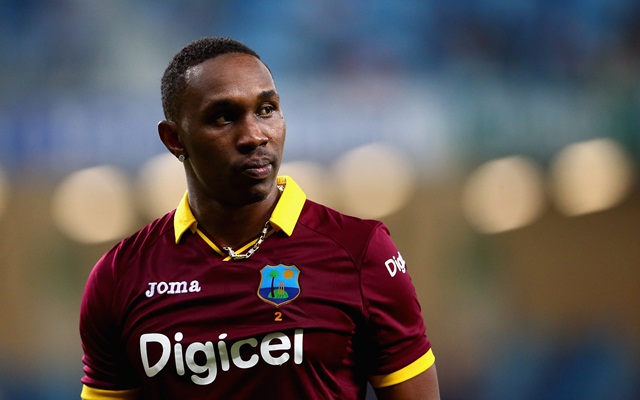 Veteran all-rounder Dwayne Bravo has called time on his international career in the wake of West Indies’ failed title defence at the Twenty20 World Cup.

The 38-year-old was one of four ageing players included in the Caribbean side’s 15-man squad for the ongoing campaign in the United Arab Emirates but has had precious little impact with just two wickets in 12 overs.

Conceding West Indies’ fortunes had not gone as hoped, Bravo said the moment was right to walk away from the game at the highest level.

“I think the time has come. I’ve had a very good career,” the Trinidadian said Thursday following the 20-run defeat.

“To represent the West Indies for 18 years, [I] had some ups and downs but as I look back at it I’m very grateful to represent the region and the Caribbean people for so long. To win three ICC trophies [has been great].

“One thing I am proud about is that the era of cricketers we had, we were able to make a name for ourselves on the global stage and not only do that but have silverware to show for it.”

Bravo has been an exemplar of the Twenty20 format, taking 78 wickets from 90 T20 Internationals, becoming well known for his clinical death bowling.

Overall in T20s, the Trinidadian has played 511 games, snared 553 wickets and scored 6 617 runs. He is the all-time wicket-taker in the format, with fellow Trinidad and West Indies teammate Sunil Narine a distant second on 383 wickets.

A former West Indies one-day captain, Bravo said his objective now was to use his experience to help mold the next generation of cricketers from the region.

“For me now I want to try and pass on whatever experience and information I have with the younger players,” he explained.

“I think in the white-ball formats West Indies cricket have a bright future and it’s important for us to keep supporting the guys and keep encouraging them.

Bravo retired from international cricket back in 2018 citing the need to “preserve my longevity as a professional cricketer”, only to make an about-turn 15 months later and announce his availability for selection.

He, along with 42-year-old Chris Gayle and 36-year-olds Lendl Simmons and Ravi Rampaul, were part of the West Indies squad for the T20 World Cup but all struggled to make an impact.

West Indies have lost three of their four matches in Group 1 to be eliminated from semi-final contention, and are rooted in fifth spot on two points with one match remaining against Australia on Saturday.