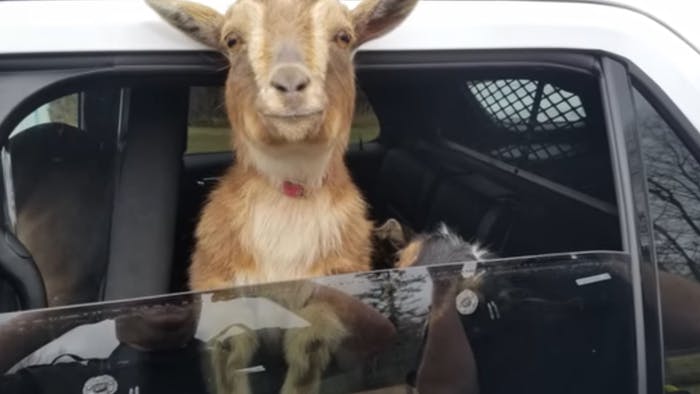 A blue Mazda 323, reported stolen in Maloney, was recovered by police officers on April 3rd 2021 on the Caroni North Bank Road Piarco, in the vicinity of the Eastern Caribbean Institute of Agriculture and Forestry (ECIAF) UTT Campus.

While conducting a mobile patrol, PCs Wilson and Atkins observed the blue vehicle parked near the campus. On further inspection, the officers noted that in the back seat of the vehicle were four small brown goats and five ducks. There was also a hole on the northern side of the perimeter fence of the compound.

The officers proceeded to conduct a comprehensive check of the compound in the presence of the Estate Security Supervisor. Three storage rooms on the compound were found to have been broken into and the farm operations supervisor, after initial checks, stated that a quantity of ducks and four goats were missing.

The vehicle was taken to the Piarco Police Station while the livestock was returned to the Farm Operations Supervisor.
Investigations are continuing.