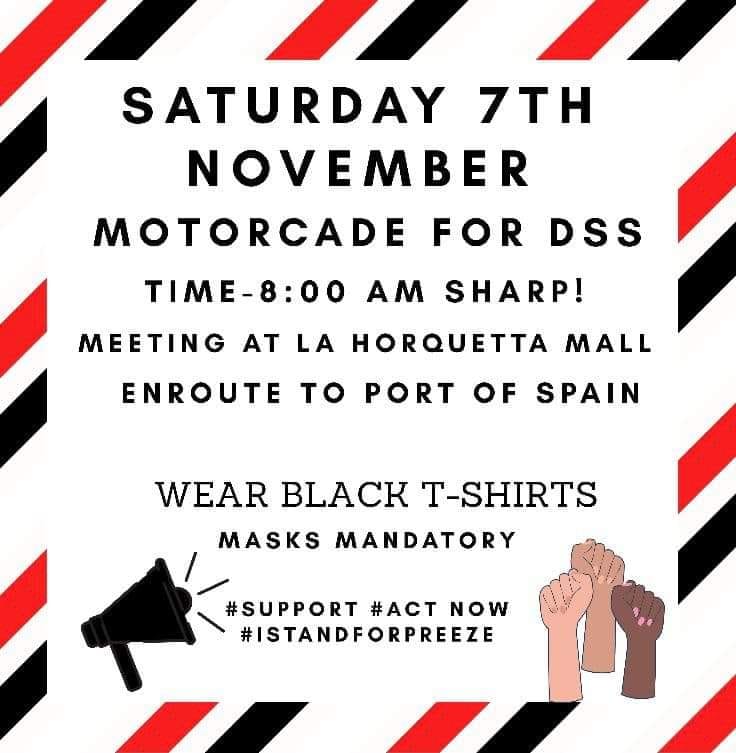 The members of the Drugs Sou Sou business are not letting up on their support for the DSS and its founder Kerron Clarke.

Following their staging of a peaceful protest outside of the Red House on Monday, now comes word of a motorcade for DSS to be held on Saturday, November 7th.

Supporters are being asked to wear black.

Monday’s protest involved a group of about 40 people who identified themselves as DSS investors. They had circled the Red House twice before police officers stopped them.

The group said they were against the police seizure of millions of dollars from the DSS, saying “This is not Kerron Clarke money. This is poor people money. “They want we to take loans and hire purchase. They don’t want we spend we own money. That is not what we going to be doing,” said one of the demonstrators.”

Clarke announced last week that the business would be on indefinite hold after police seized $7.7 million at his business place last Wednesday. On September 22, police seized $22 million in cash, but returned it the following day.

Explosion reported at Point a Pierre 0