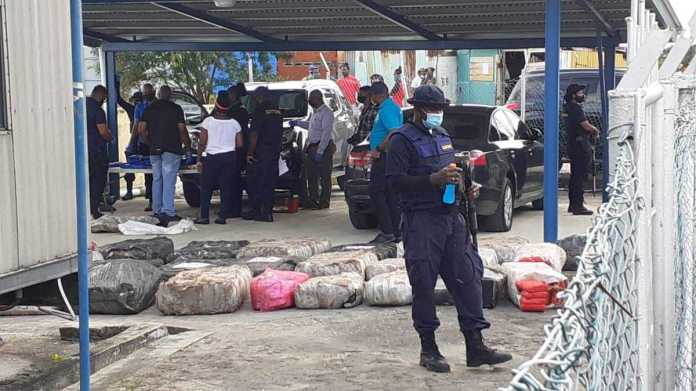 Drug bust on the Gulf of Paria – 3 men held

There was drama on the seas this morning, as three men were held aboard a pirogue in the Gulf of Paria near the Point Fortin area.

Reports are that officers of the Customs and Excise Division, along with other authorities, acting on intelligence received, intercepted a white pirogue with blue trimmings near the Point Fortin area shortly after 4 a.m.

A large of quantity of narcotics was seized from the vessel and the three men onboard, along with the drugs were escorted to the King’s Wharf in San Fernando.

Reports are that the exact quantity of the drugs have yet to be ascertained as officers are currently weighing the narcotics and will later declare an approximate street value for the drugs.