Drake Calls Kylie Jenner A ‘Side Piece’ Then Apologises For ‘Disrespect’

Drake has apologized for calling Kylie Jenner a ‘side piece’ in an unreleased track that also makes crude references to her sister Kendall Jenner and model Gigi Hadid.

The Canadian rapper took to his Instagram on Wednesday to clarify that it was an old song from 3 years ago.

Drake is apologizing to any of his “friends” who he may have “disrespected” after an unreleased track of his, in collaboration with Future, was played during an OVO Instagram Live set on his account on Wednesday night. Some of the song’s lyrics suggest that Drake’s rumored fling with Kylie Jenner, wasn’t just a rumor. He raps: “Yeah, I’m a hater to society / Real sh-t, Kylie Jenner that’s a side piece / Yeah, I got 20 motherf—in’ Kylies.”

Hours after the track made headlines, Drake, 33, wrote the following explanation on his Instagram Story: “A song that Mark ran last night on night owl sound live set shouldn’t have been played. It’s a song that leaked 3 years ago and got scrapped shortly after. He was just going too deep in the Drake/Future catalogue,” he said, adding, “Last thing I’d want to do is wake up having any friends of mine feeling disrespected so I just had to say that to start the day.” 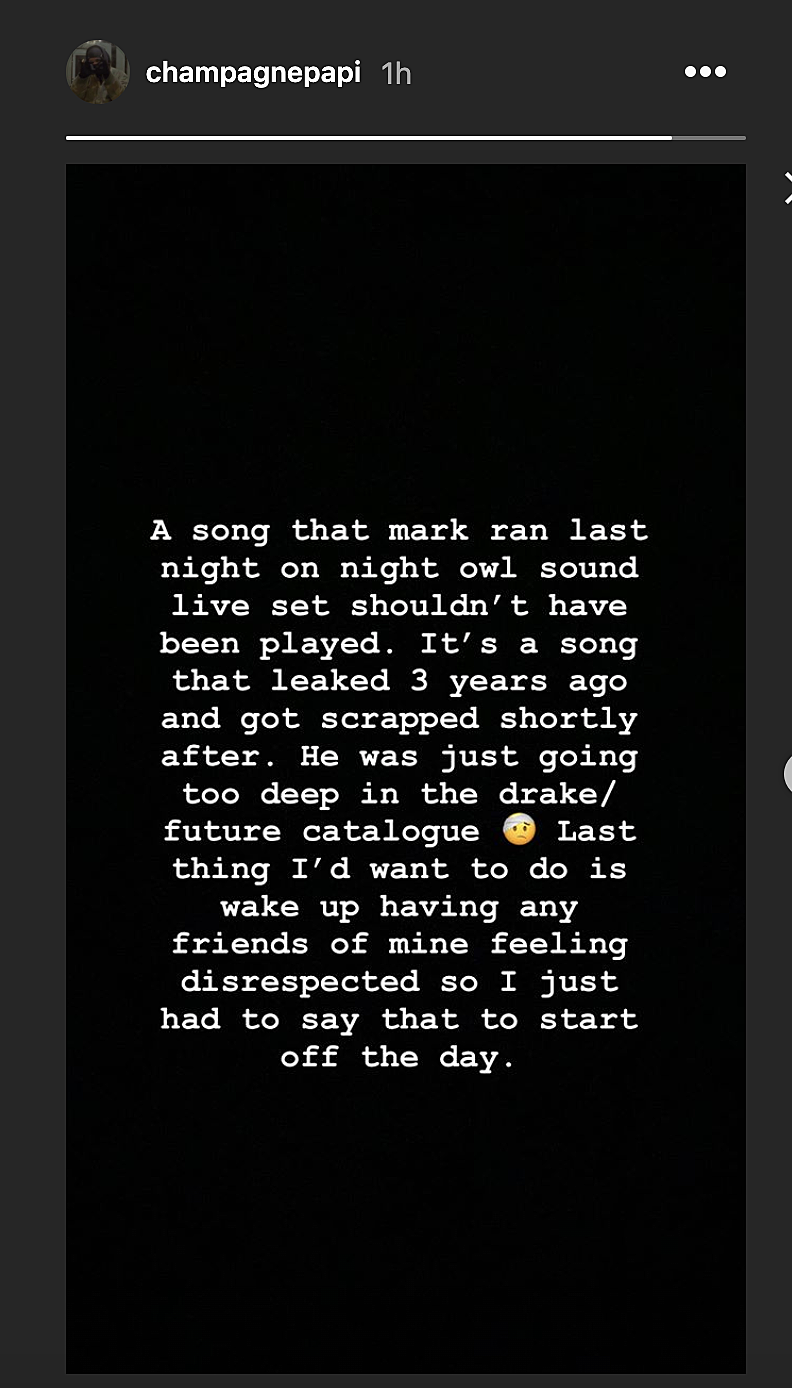 Elsewhere in the track, Drake and Future mention Kendall Jenner and Gigi Hadid. “Yeah, I got 20 damn Kendalls / Young slim baddies and they in vogue / Yeah, I got 20 f–kin’ Gigis,” other lyrics read. Kylie, along with her sister Kendall and the pregnant model have not addressed the song.

The controversial track isn’t the first time Drake has rapped about Kylie, 22. He reference’s the makeup mogul’s net worth on the song, “Demons”  — a track on his Dark Lane DemoTapes, released on May 1st.

Drake and Kylie were romantically linked in November 2019, just one month after she confirmed her split from Travis Scott, who she shares 2-year-old daughter, Stormi Webster. At the time, Kylie attended attended Drake’s birthday and Halloween parties. Yet, the pair never confirmed they were more than friends. Drake is a known close friend of the Kardashian-Jenner family, despite his past rap beef with Kanye West.