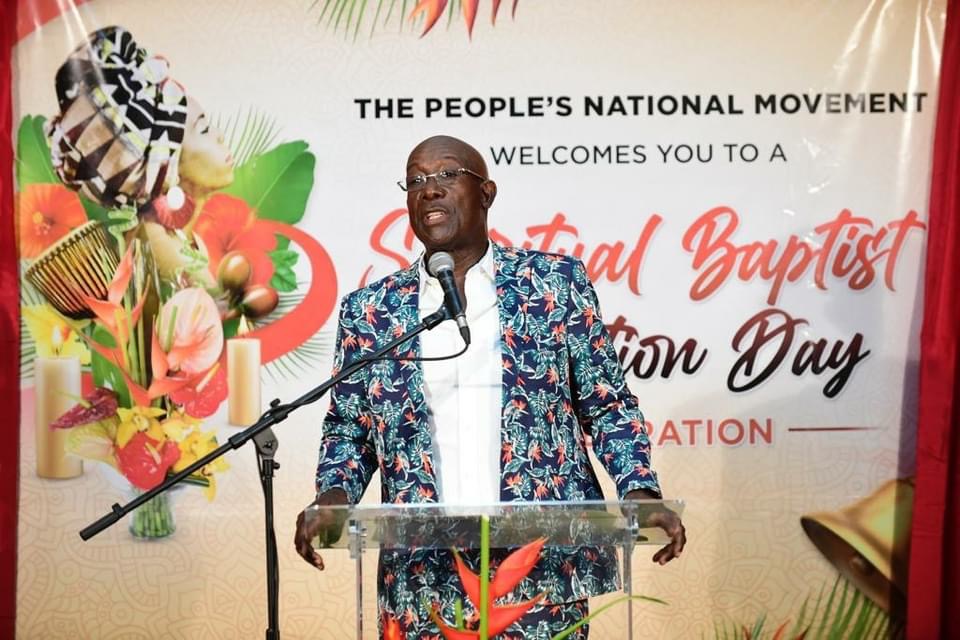 Political Leader of the People’s National Movement, Prime Minister Dr. Keith Rowley while celebrating with members of the Spiritual/Shouter Baptist called for reparation to the people who were wronged during slavery.

Speaking at the PNM’s celebration in La Horquetta, on Monday evening, Dr Rowley said while he was pleased that Prince Williams acknowledgement heinous act of slavery, he said it was time for the Royal Family to act.

Dr. Rowley said ”recently I was very pleased to hear Prince William say that he acknowledged that slavery was wrong, and that the British government and British people, have some responsibility.”

Prince William and Kate Middleton’s tour of former British colonies in the Caribbean, began with their week-long visit to Belize, Jamaica and the Bahamas on March 19.

Officially, the trip was meant to commemorate Queen Elizabeth II’s Platinum Jubilee, celebrating 70 years on the throne. Many observers say the trip was meant to persuade the three countries to keep the Queen as head of state, and not to follow Barbados, which transitioned to a republic last November.

Loading...
Newer Post
Saucy Santana talks coming out as bisexual and having sex with a woman
Older Post
Man awarded $8M settlement after Las Vegas bar gave him cleaning chemicals instead of beer