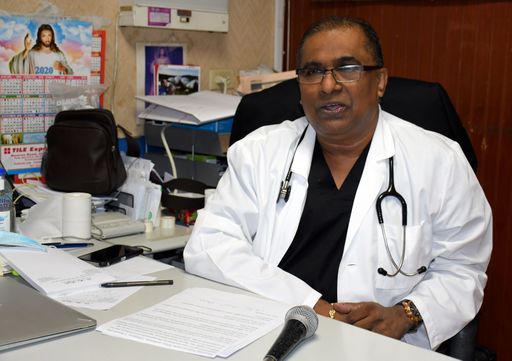 Opposition Member of Parliament for Cumuto/Manzanilla, Dr. Rai Ragbir, claims the government is jeopardizing the country’s entire population, having failed in every way to secure life-saving vaccines from the Serum Institute of India.

Dr. Ragbir questioned the Government’s wisdom or lack thereof in seeking an accommodation with the African Union to access vaccines.

Dr. Ragbir said 55 countries make up the African Union, with a population of 1.5 billion, and understandably would prioritize use of its vaccines for its population.

In a media release the Opposition MP said according to world standards, it is estimated Africa will need 1.5 billion vaccine doses to immunize 60 percent of its 1.3 billion inhabitants, if the continent is to begin building any serious immunity against the virus, and therefore, Trinidad and Tobago is not high up on their list of priorities.

Dr. Ragbir pointed to information contained in the Africa News which was published since January 2021 to substantiate his claim, quoting the Director of Africa Centers for Disease Control and Prevention John Nkengasong.