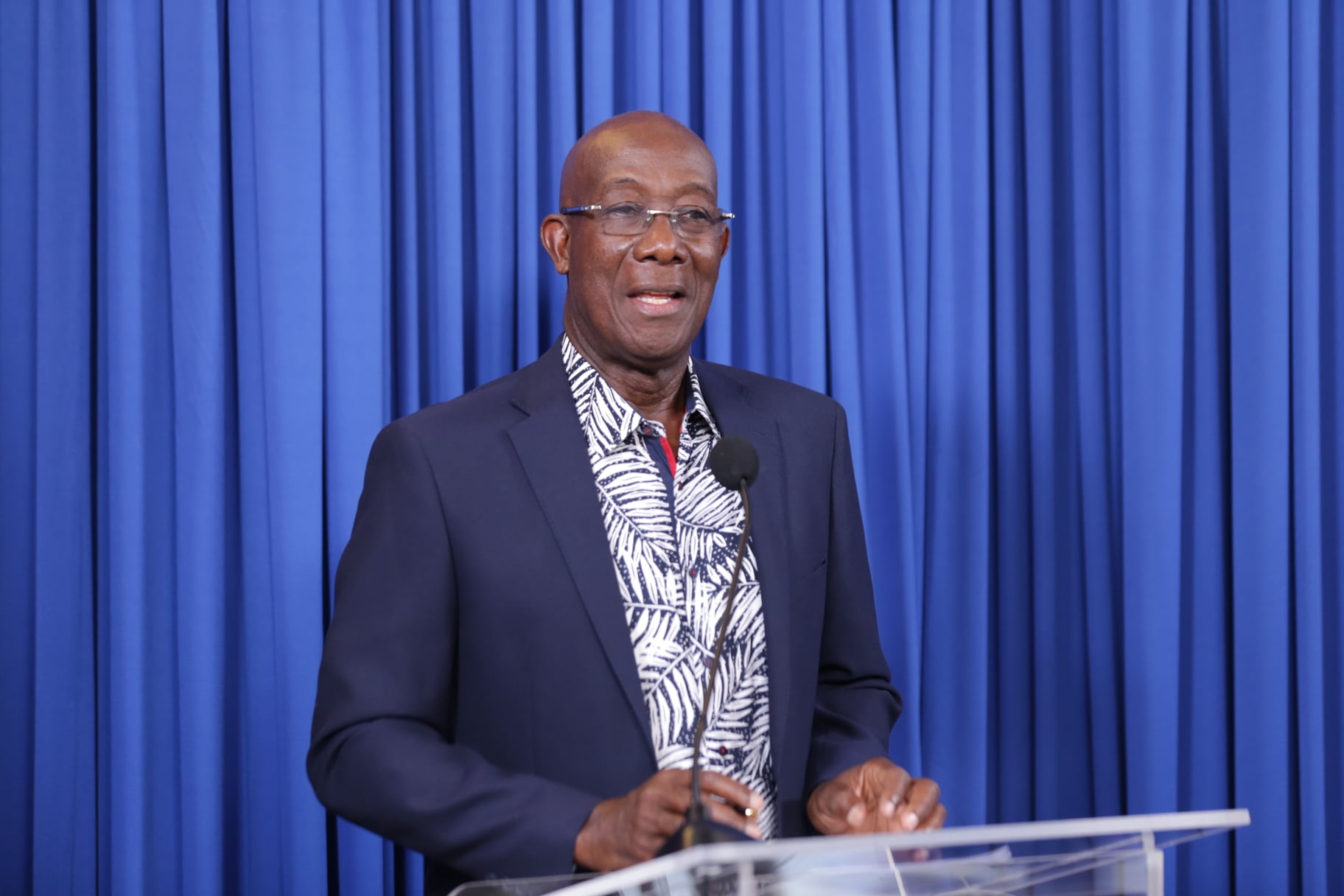 Dr. Keith Rowley claims the UNC and PDP may be in bed together to sway the minds of voters for THA elections

Prime Minister, Dr. Keith Rowley has said once again that his character is being assassinated by members of the Opposition over allegations made Saddam Hosein and Opposition Senator Wade Mark regarding his Inez Gate townhouse purchased in Tobago.

Opposition Member of Parliament, Saddam Hosein claimed Prime Minister failed to declare a $1.2 million townhouse to the Integrity Commission and called on him to provide answers related to this purchase.

Today Dr. Rowley during a media conference held at Prime Minister’s official Residence in Blenheim House, in Tobago has said that he is left with no choice but to put the matter in the hands of his attorneys and seek legal recourse on whether or not his character was slandered by Saddam Hosein.

Dr. Rowley also went on to add that such allegations are part of a bigger plan by both the PDP and the UNC to sway the minds of Tobago citizens just before the THA elections.

The Prime Minister also attacked the 4th estate, saying the media did not question the Opposition how they received information about the Townhouse purchase.

The Prime Minister said the declaration was filed on the Townhouse purchase on December 20, 2020.

Attack on Ukrainian capital could happen “at any moment 0

Kanye files trademark patents for a wide range of products 0