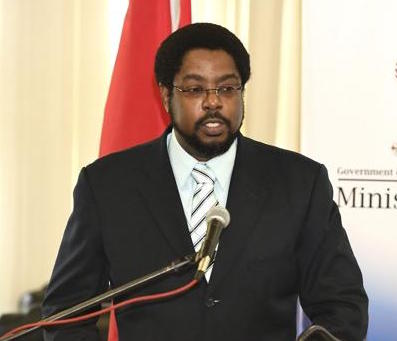 Dr Hinds: “Numbers reducing at a slower pace than is ideal”

There has been a slower reduction in virus cases across September and October when compared to a decrease in between August and September that followed an epidemiological spike in late August.

The revelation was made earlier today by Epidemiologist Dr. Avery Hinds, at the Ministry of Health media briefing.

Dr Hinds said “What we are seeing is that coming down from the peak in late August we have had a faster decline from late August into early September and then a slower decline across September into October. It is sort of a flatline if you look at that line running through the graph. That means that we are sort of plateauing in terms of the number of new people testing positive on a given day. This has its own implications.” 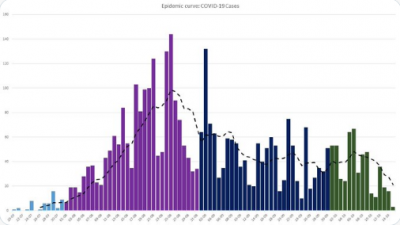 A plateau, he said is indicative of the population habits that are allowing the virus to remain active. As a result, numbers have been reducing at a slower pace than is ideal. To combat this, he said focus needs to be placed on the reduction of the risk of transmission through interactions.

Dr Hinds added: “If we are seeing a plateau, meaning that our numbers are not necessarily going down, they are going down very slowly if all. It means that our behaviour at present in the population is just about keeping the virus bubbling slowly somewhere along the line.”

He said “What we need to focus on as we enter this phase of trying to eliminate virus transmission, is we really need to focus on risk mitigation and risk reduction in our individual interactions. The only way a virus can pass through one individual to another is if there is a risk involved where an ill person comes into contact with someone who is susceptible,” he said.

Dr Hinds asked that all public health measures such as mask wearing, hygiene, distancing and others be adhered to, as practicing these measures can greatly reduce the risk of contracting and spreading the virus.

No shortage of MS drugs 0