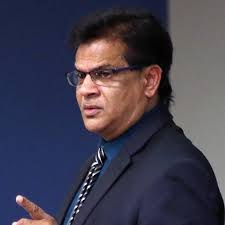 Former Health Minister Dr. Fuad Khan announced on Friday 10th January that most times men don’t think and that Carnival heightens women behaviour, so much so they behave like ‘wajanks’.

Dr. Khan started off his Facebook video by pleading with men to stop and think about their decisions before lashing out at their spouse. He urged men, both young and old to learn to accept reject and not be tempted to hit.

Dr. Khan also said that based on his observation over the years, Carnival brings about a particular behaviour in women, which he seems as unacceptable and degrading; even pointing to the type of music being made about women.

However many today are arguing that domestic violence should not be linked to Carnival and the way a woman reacts during the season.

Press play for the full video

Newer Post
Interview with the Prime Minister will not air on CCNTV 6
Older Post
Double M no more: Machel Monday 10 is MM’s last